Nigeria feels like a hostage situation, will 2023 bring relief?

The first thing you’re told after being rescued from kidnappers is that you will experience stress reactions. Many Nigerians know that feeling all too well.

No, not just the survivors of the Abuja-Kaduna train terror, but everyone who has had to live their lives under terror – in their own homes, on the street, in the other room, from the pulpit, before his Lordship, inside Aso Rock!

From randy lecturers who trade sex for grades to marauding rulers who perpetrate a heist on the national treasury, from toxic bosses who vacation in Tuscany while owing workers months of unpaid salaries, to creeps who steal metal rings from train tracks, from clerics who defile children to teenagers who run ‘street’ on the gullible aunty in Alabama seeking to inherit the fortune of a Nigerian prince.

Boko Haram was just the weirdly sadistic variant, stupid enough to blow up schools, and herd young girls across scorching deserts, while screaming before a video camera, under a raggedy flag, that Western education was a sin!

The American Psychological Association says that hostage and kidnap survivors can experience stress reactions and these typical reactions occur in intrusive thoughts, being overcautious and aware – just your regular feeling on a normal Wednesday evening in Lagos, at Costain bus stop, when you hear ‘one chance’.

Emotionally, they feel numb and anxious, easily go into depression, are often angry, and feel a gnawing sense of helplessness – or your typical day at the bank, or at a police station, or trying to get your PVC, or trying to get a meter at your local Abuja DisCo office, or even dealing with the state-empowered thugs, otherwise known as LASTMA.

Sometimes, victims feel a sense of withdrawal, they avoid family, friends, and activities, and are often on the edge. You know, those things you felt during your grandma’s burial, that restrained you from eating kola nut with the village people, the feelings that have replaced the cheer of traveling to the village for Christmas.

Many Nigerians can relate to terror from the primal levels of their lives. Some are able to flee to Canada. While for a vast majority, it sometimes feels like the price of life.

University students will soon sit out an entire school year because their lecturers and the government, supposed adults, can’t agree on what pay modalities to adopt and the right working conditions from an agreement reached in 2009!

The leaders of tomorrow are on Twitter posting the gem below:

According to research on the effect of kidnapping and hostage-taking, published by David Alexander and Susan Klein in the Journal of the Royal Society of Medicine, the scholars found that extended periods of captivity may lead to ‘learned helplessness.

“This is a situation in which individuals come to believe that no matter what they do to improve their circumstances, nothing is effective. This is reminiscent of the automaton-like state reported by concentration camp victims,” they wrote.

This learned helplessness finds expressions in the way young people have begun to romanticise concepts like ‘Sapa’ and ‘Trenches’ and ‘Japa’. It’s why Canada and Australia appear the only route out of the mess adults have made of things, why prostitution by young people has been deodorised to emerge now as ‘Hook-up.’

Many hang on to the tiniest shred of hope that an ‘Obidient’ wave will sweep out the rot that passes for political leadership in Africa’s largest economy hobbled by avarice and stunted vision. Others have tuned out a long time ago learning novel ways to adjust to tyranny.

On August 17, Joe Ajaero, led a group of government electricity workers under the aegis of the National Union of Electricity Employees (NUEE), to shut down the national grid throwing the entire country into darkness, an action that fits into the time-honored tradition of unionised terror.

“What Ajearo and his men did amounted to economic sabotage,” said Eyo Ekpo, a former commissioner at the Nigerian Electricity Regulatory Commission (NERC).

This is a playbook that has been used frequently, blackmailing the nation and the government, just to have a way for a very narrow selfish interest, Ekpo said.

For the grievance of the few, an entire nation’s economy was crippled leading to widespread calls for the labour terrorists to be arrested by security services.

But these calls ring hollow, as the government and its security agencies, are sometimes difficult to tell apart from actual terrorists.

A government convoy riding in a wolf-like pack crushes everything in its paths. Houses of lowly people are destroyed to make way for beach-front mansions. State governors who plan gaudy airports can’t pay primary school teachers N30,000 minimum wage. Judges are issued bullet-proof cars while they sit in ramshackle courtrooms. Abacha has been dead for over two decades, but Nigeria still gets alerts from his recovered loot. 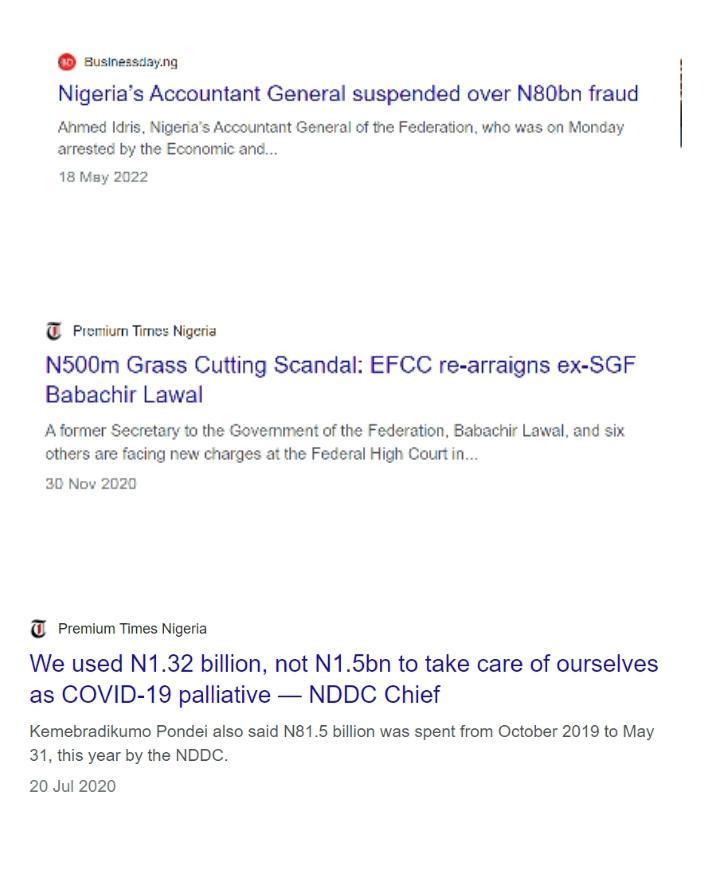 Many people report to jobs from which they suffer ongoing traumatic stress disorders. School children grow up with undiagnosed childhood traumas to become terrible adults. There are credible suspicions that half of the people in Lagos are mad and many are behind wheels. 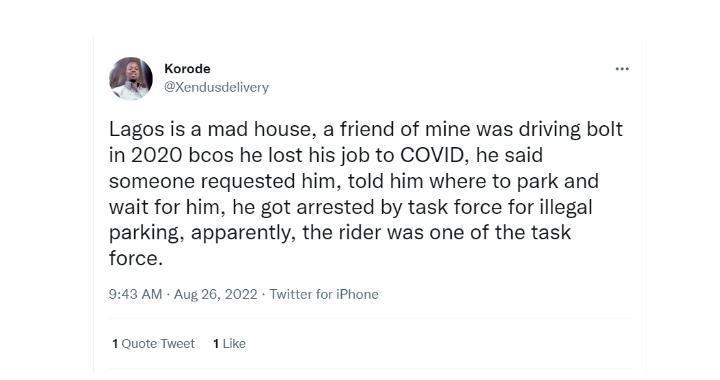 However, a very serious traumatic reaction to a hostage situation according to the American Psychological Association is that “hostage survivors often develop an unconscious bond to their captors and experience grief if their captors are harmed. They may also feel guilty for developing a bond. This is typically referred to as the Stockholm syndrome.”

The phrase was reportedly coined by criminologist and psychiatrist Nils Bejerot. A bank robbery in Stockholm, Sweden in 1973, led to a six-day stand-off with the police during which many of the captive bank employees became sympathetic toward the bank robbers.

After they were freed, some bank employees refused to testify against the bank robbers in court and even raised money for their defense.

Nigeria’s elections season presents case studies for the most malignant form of Stockholm Syndrome. Unlike in Stockholm, the captives are fighting in the defense of their captors even in their misery, even without any tangible hope for freedom.

This explains why corruption won’t be on the ballot in the 2023 elections even as captives, shout themselves hoarse, in defense of politicians who have stolen their future.

The American Psychological Association recommends that when hostages are released, it is essential for them to receive medical attention, be safe and secure and connect with loved ones. They are also encouraged to talk or journal their experience, seek counseling and take time to heal.

The trouble with Nigeria’s journey to 2023 is that the agencies that should herald healing seem poised to inflict a new round of terror. From voter registrations that excluded many, to political parties that lack both an animating message and a credible messenger, to a dark economic outlook, the rescue mission, it seems, would be an ardous task.

Why 2023 polls should not be about the Emilokans

Much ado about Osun tribunal’s verdict