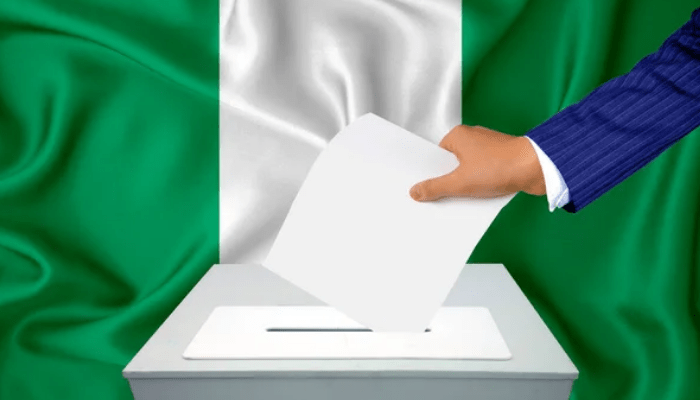 There is growing concern about how vote-buying and political apathy may determine the economic future of Africa’s largest economy.

With the conclusion of party primaries, political campaigns and all kinds of politicking will take centre stage, to see who will take over from President Mohammed Buhari in 2023.  This will perhaps be the greatest battle to determine the survival of most of the political parties.

Vote-buying in the form of sharing food items and cash donations to vulnerable voters is expected to reach a fever pitch following the worsening economic situation of the country. A revisit to past presidential elections showed that the money spent by politicians played a great role in the emergence of those who occupied important elective positions.

Politicians are definitely going to be giving large sums of money to sway voters to vote them into power.

The presidential primary elections of the ruling political party and main opposition party witnessed the outpouring of cash to gain delegates’ votes. Some speculated that up to $20,000 was spent per delegate to sway votes to their preferred candidate.

Many expect money to decide the election. Voters in rural areas often sell their votes for as little as N5,000.

In the June LBS report, Financial Derivatives Company (FDC) analysts agree that “the poor economic state of the electorate will lead to apathy and the willingness to engage in vote selling.”

FDC analyst believe that  “stolen money” will be used to “buy the people’s votes,” thereby mortgaging their future for another four years.

According to the Brooklyn Institute, Nigeria, which replaced India as the poverty capital of the world in 2019. The country is at the threshold of economic disaster. Its debt to GDP ratio is projected to hit 44.7 percent in 5 years, according to the IMF, the country will need a political leader with the uncanny ability to solve its almost overwhelming problems.

Findings by BusinessDay revealed that the country has spent a large amount of its revenue generated in the past 10 years servicing non-debt recurrent expenditure.

In essence, the country spends a huge amount on interest payments on loans and salaries.

The advise by development economists and international financial agencies are that countries spend more on capital projects than on recurrent expenditure. The belief is that capital expenditure will help provide the much-needed platform for economic growth and development.

President Mohammed Buhari said during a COP 26 high-level side meeting held in Glasgow that the country needs $1.5 trillion to achieve an appreciable level of National Infrastructure Stock. An amount that is three times more than the Federal Government’s annual budget and has formed the basis for why analysts prescribe a public-private partnership as the most realistic way to address the deficit.

On Monday, the Centre for the Promotion of Private Enterprise (CPPE) warned that heightened political activities in the country as the 2023 general elections draw near would have adverse effects on the level of deposits in the banking system and banks’ ability to lend to the private sector.

The twin relationship between corruption and vote buying is like butter on bread. A situation which is likely to be made worse by the fact that 55 Nigerians stole a combined N1.34 trillion in 2019 this is according to Lai Mohammed, the current minister of information and culture.

Whether Atiku Abubakar of the PDP, Asiwaju Bola Ahmed Tinubu of the APC, or Peter Obi of the Labour Party, the three major contenders have the secret weapon to solve the country’s mountain of problems, only time will tell.

Explainer: How N176.9bn cabotage fund will shape shipping in 2023

Will new voters swing the 2023 election?