Why the gender equality bill will be ‘just another law’ 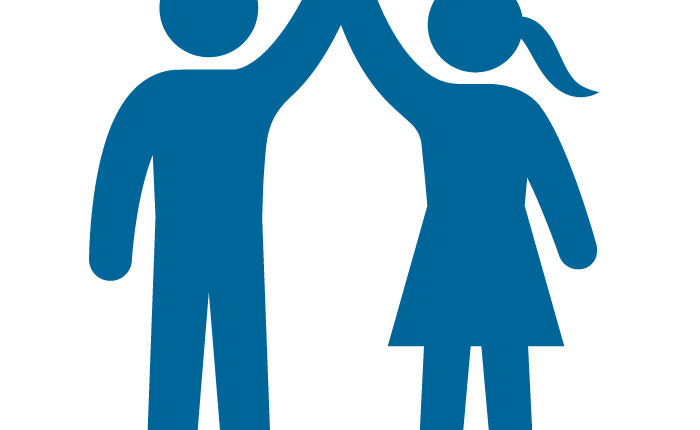 The first draft of the Gender and Equal Opportunities Bill (GEOB) was presented to the senate in 2010 by Senator Christiana ‘Chris’ Anyanwu representing Imo-East constituency, an award-winning journalist and politician who had been imprisoned for three years under the Abacha regime for treason. It will take another six years before its second reading in March 2016. Understandably, its outright rejection by the senate sparked outrage among women’s rights group all over the world. The World Economic Forum report that the pay gap among men and women for example, will close in 2186 – 169 years from now – is quite disturbing we must agree. The three-part document is summed up under the premise that men and women are entitled to equal educational, career, political and societal opportunities regardless of gender, age, or social standing.

For a house of parliament whose current female representation is a miserly 6.5%, it wasn’t any wonder that a bill that sought to elevate women to the same rung of the ladder as men was flung out the window in disdain. The grudges were varied yet focused still; cultural inclinations, religious beliefs etc. Senator Eyinnaya Abaribe, representing Abia South, was quoted as saying the bill was going to give women “too much freedom”. The Sultan of Sokoto, Mohamed Sa’ad Abubakar, on the inheritance aspect of the bill said Muslims would not accept the violation of Islamic law guaranteeing men a greater share adding that “our religion is our total way of life. Therefore, we will not accept any move to change what Allah permitted us to do.”

Binta Garba, Senator representing Adamawa North and who chairs the Senate Committee on Women Affairs, is one out of the seven women in the senate who is fighting to get this bill passed into law. Earlier in April, while announcing a coming public hearing on the bill which had scaled second reading in September of 2016, she made a rather untoward appeal in the light of the opposition the bill had been met with so far, saying “we are not fighting men with the equality bill.” A reader, while commenting on the news article on one of the national dailies vehemently opposed the passing of the bill adding that it would “make our males slaves like we see in western countries.” Another comment stated emphatically: “a woman is a woman and must be obedient and loyal to man.”

The Gender and Equal Opportunities Bill (GEOB) is an encompassing document that brings together bits of the Convention on the Elimination of all Forms of Discrimination against Women (CEDAW) and the 1999 constitution. The goal of the bill is to effect the provisions of sections II and IV of the 1999 constitution which covers human right laws protecting the Nigerian citizen, the International Covenants on Human Rights, the domestication of certain aspects of the CEDAW and the protocol to the African Charter on the Rights of Women in Africa and the National Gender Policy.

Until the passing of the Violence Against Person’s Prohibition Law 2015 (VAPP) under the Goodluck Jonathan administration, there were no federal laws that took into cognizance issues of gender violence and discrimination. This lack of extensive legal frameworks to address issues of gender violence and discrimination in the country is, for me, a reflection of how lightly the government’s stance is on issues of gender. It also shows, sadly, its reluctance to make amends to reverse the situation. In the United States for instance, there are currently 8 federal laws that are specifically targeted at gender issues and discrimination including a Fair Housing Act that prohibits discrimination in the sale or rent of landed property/housing based on gender (something that is quite prevalent in Lagos).

Nonetheless, for every proponent of gender equality, the solutions go beyond instituting laws and their implementation. The travails surrounding the GEOB have revealed this much. Our cultural inclinations and religious leanings as a country are the genuine blockades to achieving gender parity in a society like ours where politics and governance is still woven intricately in culture and religious divides. Signing the GEOB into law will not change decades of cultural and religious instructions that accord women certain roles and limit them from attaining others. While it is quite encompassing and explicit in its goals, I do not see how much difference it will make especially given that we have the inability to follow our own rule books as a nation.

Alaa Murabit is a Physician and UN High-Level Commissioner on Health, Employment and Economic Growth. She is also Muslim and hails from Libya. In 2012/13 together with her team at The Voice of Libyan Women, Alaa organised the largest and most inclusive women’s rights campaign in Libya. They went into homes, mosques, schools, using tenets of Islam to promote gender equality; the very reason why women were being subdued and discriminated against in her hometown. They spoke to over 50,000 people directly and hundreds of thousands more via digital and print platforms. What she understood, what she advocates; what we must do and advocate to bridge the gender gaps in our society is to stifle cultural norms and practices, religious beliefs and tenets that subconsciously or consciously promote gender discrimination and abuse and replace them with the opposite – culture and teachings that promote fairness and equal opportunities for women and men in our society. When it comes to building strong economies and stable societies, men are as important in achieving these goals as women.