Enhancing leadership: The role of coaching 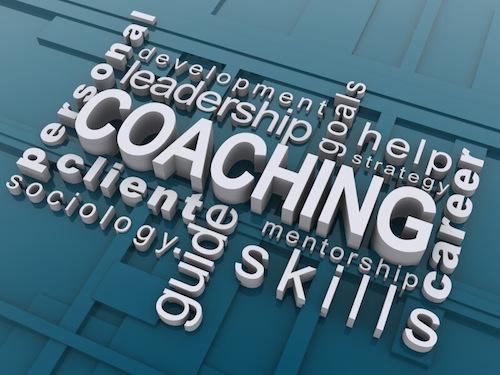 The complexity of the global business environment places more responsibility on leaders than ever before. The range of uncontrollable perspectives which leaders have to deal with has increased. Shocks in one market or nation can affect outcomes in another. Job mobility and the diversity of employees imply that many organisations have to contend with a wider variety of issues than they have been used to. New technologies are consistently emerging to disrupt mature companies and industries.

The new normal is not a stable one. The new normal is fiercely dynamic and sometimes stormy. Lessons of the past can rapidly become irrelevant and new lessons need to be learnt. New lessons about self-awareness, people, leadership, organisations, business, cultures and markets. There has never been a season as now in which leaders need to engage support and raise accountability. The season has elevated the relevance of coaching as a leadership support mechanism. Coaching is applicable in diverse ways, five of which are described in this article. The five applications are raising accountability, serving as a sounding board, improving self-awareness, instigating behavioural change, and dealing with hubris.

The daily routines of leaders sometimes prevent them from reflecting adequately on their actions. Leaders are also challenged by not being personally accountable to an independent party. While leaders may be formally accountable for their outcomes, coaching enhances personal conversations and creates a platform for accountability. Questioning by a coach enables leaders think clearly away from the usual pressures of work and operations. Additionally, translating ideas or thoughts to action can be improved through coaching because leaders recognise that they should be making progress with each session.

Serving as a sounding board

Leaders have no shortage of ideas flowing through their minds. Depending on organisational culture, leaders may not have their ideas sufficiently tested and filtered. According to a survey by Diane Coutu and Carol Kaufmann, acting as a sounding board is one of the top three reasons why coaches are hired. A sounding board is person whose reactions to suggested ideas are used as a test of their validity or likely success before they are made public. The sounding board option also opens a window for leaders to express their fears and realities. With all the officialdom surrounding leaders, the expression of personal fears does not often occur in the normal workplace interactions. Indeed, there is a tendency towards masking fears and doubts instead of exposing them for discussion. Coaching provides an opportunity to query leaders’ thinking and intentions. Having a safe and trust-based setting to share ideas and fears is one of the benefits that leaders obtain from coaching.

It is of utmost importance for leaders to consistently develop self-awareness. This entails recognising strengths and weaknesses. Leaders who are more self-aware are more equipped to achieve success in their roles. Yet, self-awareness requires the productive blending of feedback, reflection and action. Feedback gives alternative perspectives which leaders can either gloss over or miss completely. Reflection allows leaders to think about feedback, digest its value and decide how to translate it to change. Through action, leaders acknowledge feedback as a learning tool and apply it in making changes. Change is hardly ever easy especially if habits have been formed from many years past.In reality, it is possible to carry on with unproductive behaviours even after getting feedback. It also happens that leaders are not fully aware of their strengths or mix them up with deficiencies. Coaching conversations engage leaders with their feedback and challenge them to move from merely receiving feedback to activating positive alterations.

Human beings possess an immense capacity to change which is barely utilised. The poor utilisation of installed capacity deepens comfort zones and multiplies detrimental behaviours. Behavioural change is useful to address undesirable conduct as well as promote focus on desirable conduct. A combination of limiting negative norms and enhancing positive ones can produce a better leader within a relatively short time. Through my work as a coach, I have been a privileged witness of leaders effecting behavioural change within three months of coaching. In one case, a sales leader decided to stop shouting at his team members and increase participation. The sales under his scope shot up way above what had previously been experienced. Coaching activates behavioural change.

Executive roles in particular are breeding grounds for hubris–excessive self-confidence or pride. Tim Laseter proffers that hubris “leads CEOs to make overly risky bets, or to ignore relevant warning signs and fail to invoke contingency plans”. He concludes that “the difference between justifiable and excessive self-confidence generally becomes evident only after the damage is done”. Hubris leads to isolating team mates and shunning wise counsel. Ultimately, hubris is known to be the death knell of many careers in leadership. In the calm atmosphere of a coaching conversation, a coach can challenge a leader to get rid of hubris and face the realities of being human.

Coaching enhances leadership through raising accountability, serving as a sounding board, improving self-awareness, instigating behavioural change, and dealing with hubris.