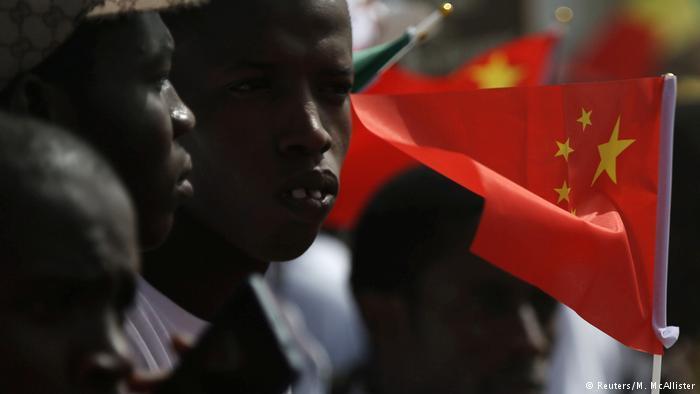 In his speech to mark the 40th anniversary of China’s reforms and opening up, recently President Xi Jinping said that the process is a great revolution that has propelled a quantum leap forward in the cause of socialism with Chinese characteristics and a great reawakening of the Communist Party of China, nurturing its creativity in both theory and practice. He has earlier in a keynote speech to the first China International Import Expo held in Shanghai in November,  described “the last four decades of reform and opening up in China as an “epic journey for the Chinese people,” and added that “China has pursued development with its door open and succeeded in transforming a closed and semi-closed economy into a fully open economy.”

It has been forty years since China embarked on “crossing the river by feeling the stones,” navigating through the untrod-ed path and uncharted waters that defied any known economic orthodoxy, to drive its iconic modernization effort through reforms and opening up and consequently exploding on the world as the most enigmatic human experiment with the exponential returns of pulling more than 700 million people out of poverty in the shortest period in all human history.

China’s epic revolutionary struggle leading to national liberation and socialist construction was momentous in the annals of human history, but nothing actually prepared the world, when the historic 3rd plenum of the 11th central committee of the Communist Party of China (CPC), in December 1978, made the decision to take economic modernization as the core of its work and proclaimed reforms and opening up as the major trajectory for its future governance of China.

At the end of the Cold War in the 1990s and the demise of former Soviet Union, triumphant treatise about “the end of history” and “remarkable consensus that liberal democracy constitute the end point of mankind’s ideological evolution,” led to the infamous Washington Consensus then, the well known diet of economic reform program widely sold out especially to developing countries as the only path to modernization and development.

China famously differed, choosing her own path to modernization and taking her national condition, social realities and the theoretical compass of Marxism-Leninism as a guide. China’s then preeminent leader, Deng Xiaoping, who was convinced that “economic reform is the only way to develop the productive forces,” has however categorically made clear that “in the course of reform, it is very important for us to maintain our socialist orientation.”

In the huge task of “carrying out our modernization,” Deng exhorted that “the program must proceed from Chinese realities, adding that “both in revolution and in construction, we should also learn from foreign countries and draw on their experiences but warned that “mechanical copying and application of foreign experience and models will get us nowhere.” He, therefore, charged that “we must integrate the universal truth of Marxism with the concrete realities of China, blaze the path of our own and build a socialism with Chinese characteristics,” and summarized that “this is the basic conclusion we have reached after reviewing our long historical experience.”

Even though, opening up and reform, according to President Xi Jinping is a strategic decision made by China based on its need for development as well as a concrete action taken by China to move economic globalization forward in ways that benefits people across the world,” the lessons and experiences in staying in the arduous  course of reform and opening up constitute critical and strategic resource materials from which vital insights can be gleamed in driving the course of sustainable and inclusive development in Africa.

Forty years of ceaseless exertions, relentless drive and uncommon focus, China’s governing party, the CPC in cooperation and coordination with other responsible social forces, leading the Chinese people have opened a fresh vista and bright prospect for human possibilities, putting to an end very firmly that history has drawn to a close to the power creative thinking and imaginative resources of the human community. Forty years into what some people called the China’s second revolution, it is not only the country that has changed but even mankind faces a bright and new prospect of opportunities that can address the core concerns of humanity ranging from the existential material needs to peace and security. The Chinese experience teaches that there is no ready-made model but in ceaseless and confident experimentation of “crossing the river by feeling the stones” with only the cautious and natural impulse of careful examinations of any particular step taken to either reduce or increase the pace but never standing still or turning back.

If making a “revolution is not a dinner party or writing an essay or painting a picture or doing embroidery,” to stay steady and firmly on the course of reforms, described by president Xi Jinping as “in-depth Revolution,” is even far less of a pleasure ride but a determined struggle that engages man’s fertile faculty in “seeking truth from facts”.

Forty years of relentless drive of China’s modernization through reforms and opening up have proved that difficult but independent choices made, from understanding one’s real national condition, engaging it realistically and constant evaluations of contradictions, with its inbuilt mechanisms for fact checks can guarantee the steady flow of capabilities and capacities to drive sustainable and inclusive development.

The long trajectories of shared fate between China and Africa to raise answers about the questions of the course of action to address the existential needs of their respective brotherly peoples for better life has taken a life of its own, suggesting critical fundamentals that must be interrogated and that fact as it objectively exist today is the experience of China’s forty years of reforms and opening up.

With forty years of intense modernization efforts, consisting largely of persistent reforms and opening up, China is evidently restless, and far from resting on her oars. Having plucked the low hanging fruits of reform, the country is even more poised for deeper reforms and wider opening up.

In an exclusive interview with a Russian television in February, 2014, President Xi Jinping said “it is no easy job to advance reform in China, which has a population of over 1.3 billion, and having been pushed for more than 30 years, China’s reform has entered a deep-water zone.

It can be said that the easy part of the job has been done to the satisfaction of all. What is left are tough bones that are hard to chew. This requires us to act boldly and progress steadily. To act boldly means to advance reforms despite difficulties and be eager to take on challenges, chew tough bones, and wade through dangerous shoals. To progress steadily means to stay on course and proceed in safety and, more importantly to avoid fatal mistakes.”

And to give institutional support and continuity to the course of reforms president Xi told his interviewer that “to concentrate on advancing reform, we founded the Central leading Group for comprehensively continuing the reform, with me as the head.”

Persisting in reform and opening up in the past 40 years has equipped China with a steady momentum of inclusive growth, opened the prospects to attain a moderately prosperous society and provided the impetus for China to enter into a “new era” of greater material improvements and cultural advancement of the Chinese people and also more importantly, greater role for China in shouldering more global responsibilities and engage more actively in improving the quality of global governance.

Reform and opening up has brought for China unprecedented prosperity in  not only raising the quality of life for its people and increase the tempo of continuing  to seek better life for them but also brought her face to face with the responsibility to help drain the swamps of global poverty, sieve the endemic network of insecurity and help ensure that the dividends of prosperity and peace, created by the advancement of knowledge, science and technology are more evenly spread across all humanity.

Reform and opening have given China a sophisticated tool of global engagement and beyond her neighbourhood; there is no other region in the world where the intensity and depth of Beijing profuse and comprehensive cooperation is more evident than in Africa.

The transformation of China in the past 40 years is epochal and the harvests of key indices in human development and national aggregates are too well known to be repeated here. The context of China-Africa cooperation has similarly but exponentially grown from shared history of brutal colonial assaults, epic collaboration and solidarity against colonial domination to now comprehensive strategic partnership in engaging the practical issues of core developmental concerns, especially the critical and enabling inventories, necessary to translate Africa’s famed potentials into actual gains for improvements in the quality of the lives of the people of the continent.