Why Nigeria, Africa must avoid ‘Covidspiracies’ 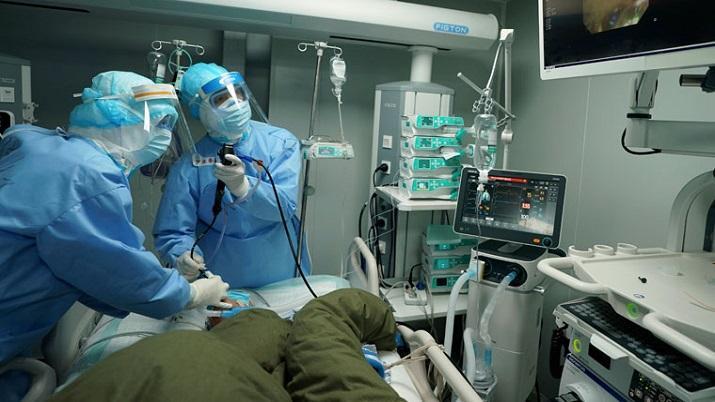 The novel coronavirus is forcing the physical isolation of people around the world at great cost to their economies but with the promise of slowing the spread of the disease.

In its subtle and more deadly form, the outbreak is driving a political and ideological wedge between nations with no benefits and only costs to its unsuspecting pawns. Africa has not been spared from this misjudgement. The outbreak of the virus on the continent was accompanied by a blame-game targeted at foreigners and expats, especially Europeans, accusing them of deliberately importing the disease to Africa in attempts to recolonise the continent.

France was one country at the receiving end of such brutal attacks, even though the first case of Covid-19 in Africa was recorded in Egypt on February 14, involving a non-European, and Africans in the diaspora were returning from around the world including Asia at that time.

Anti-European sentiments are unbeneficial for Africa, which has a strong bond and mutually beneficial relationship with Europe. On its part, Europe has been the worst-affected continent by the pandemic so far having recorded 152,418 deaths as of May 11. Even though the virus originated elsewhere, deaths in Europe have been in their thousands; United Kingdom (31,855), Italy (30,560), Spain (26,621), France (26,380) and Belgium (8,656).

This clearly shows that the coronavirus is not in any way a ploy by Europe to colonise Africa; for Europeans themselves, the disease is a nightmare and a big cost to their economies. Understanding the importance of unity and cooperation, the European Investment Bank (EIB), which is the lending arm of the European Union (EU), in April announced €5.2 billion of emergency funding for its non-EU operations, the bulk of which would be sent to Africa for immediate support to their healthcare systems and provide liquidity to SMEs on the continent.

The EIB’s effort is just one part of a wider collaboration between the European Commission, the EBRD, European countries and other organisations to help support countries affected by the pandemic. The EU last month said it was securing more than €15 billion to help its partners worldwide (including Africa) to combat the coronavirus. “By standing united and working together, we can defeat this virus. #StrongerTogether,” Ursula von der Leyen, president of the EU Commission tweeted.

On April 14, EU in a meeting with President Muhammadu Buhari announced a €50 million (N21bn) contribution towards the implementation of a coordinated response to the COVID-19 pandemic in Nigeria. In recognition of the solidarity demonstrated by the EU, President Buhari said: “Although the EU is facing significant challenges due to this pandemic, I am indeed touched and grateful that the EU still had the vision and foresight to remember its friends, partners and allies across the world”.

Meanwhile, Commissioner for International Partnerships, Jutta Urpilainen, stressed, “COVID-19 must be fought globally. The EU support is focused on the people most at risk. Africa and Nigeria are vital priorities, and must not be forgotten or left alone. Now more than ever we want to show solidarity with our partners.”

The EU’s efforts, many of which have gone unmentioned, are a show of good fate towards Nigeria and Africa in a tradition that has been consistent over the decades.EU and its member states support AU’s activities to the tune of around €300 million ($342m) each year while Europe remains the most open market for African export.EU also is the main funder for educational or sanitary project, and for official development aid in Africa.

In early March, EU proposed the basis for a new strategy with Africa, to intensify cooperation through partnerships in five key areas: green transition; digital transformation; sustainable growth and jobs; peace and governance; and migration and mobility.

While the world awaits a vaccine and the end of Covid-19, it is critical that Africa does not fall a victim to ‘coronaspiracy’ or simply, the creation of enemies where there are only allies. The world post-coronavirus no doubt would be different, but it would be one where cooperation would be needed to rebuild lives and cities; synergy not just to help Africa prosper but on the basis of equal and respectful partnership.

Africa must not isolate itself from the rest of the world, and definitely not from its closest allies. The continent must introspect and consider this pertinent question other continents are also considering: After the crisis, who will help us to get back up?

The concerns of a post-COVID-19 world again are not peculiar to Africa hence the need for a continued mutually beneficial relationship and the avoidance of hate and conspiratorial errors that do not play in anyone’s favour. The ugly era of colonialism is long past and the world has moved to a more civilised order, more than ever the tempo of progress must remain upbeat.

Africa remains the European Union’s natural partner and neighbour in trying times and in prosperous ones, and while the coronavirus keeps nations apart physically, there is the need to show strength against the virus by enriching the ties that transcend physical distance.

As the coronavirus shows clearly, fortunes are tied and the downfall of a nation threatens contagion effect to others. This means accusing fingers; especially unfounded claims that hold no logical, scientific or moral basis are the very viruses we must distance ourselves from.

Elusive, yet controversial: Who was Abba Kyari?

Elusive, yet controversial: Who was Abba Kyari?