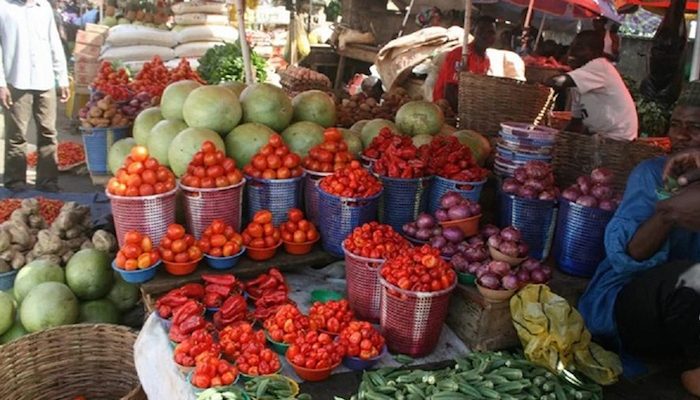 For the first time at the United Nations Conference on Climate Change (UNFCCC) – COP27, an entire day was dedicated to agriculture to focus on how to feed the world’s eight billion people in a year of challenging food security.

Experts say trying to act on climate at a time when many people can barely afford to eat is both a challenge and an opportunity to avert the future food crisis that climate change will undoubtedly inflame.

Nigeria has just suffered from its most devastating floods that claimed 600 lives and displaced over 1,600 persons, according to the Humanitarian Ministry. The unprecedented floods have battered the country’s major agricultural belts and now threatening its food security.

The situation, coupled with the Russian-Ukraine war has led to a sharp rise in food prices to levels not seen in decades. Food inflation hits a 17-year high at 23.34 percent in September.

The Food and Agricultural Organisation (FAO) in a March 2022 report says that 19.4 million Nigerians are food insecure, and the number is expected to double as flooding issues have worsened the hunger crisis in the country.

For the country to prevent this kind of catastrophe from happening in the future, experts say it has to reform its food systems to become sustainable and resilient to withstand any future climate shocks.

“We need to transform our food systems to become sustainable and resilient to withstand climate shocks,” Batty Fong, program director, climate and health & well-being, Global Alliance for the Future of Food says at a side event organized by Foodtank at the COP27 climate talks.

Despite the role of the food systems in keeping global warming under check at 1.5 degrees, it still hasn’t gotten the attention it requires.

Fong states that the research recently conducted by her organisation found that the food systems account for only three percent of climate financing, adding that over 74 percent of countries still do not have a detail of food system reforms in their Nationally Determined Contributions (NDCs).

The food and agriculture systems are part of the climate problem. The way we produce, transport, and grow our food is fueling climate change, experts say.

The food system is the main driver of biodiversity loss and it leads to land degradation and depletion of water resources.

As a result, countries must align their climate targets in their NDCs with food security.

“We need to undertake a thorough overhaul of our food systems, which is another way of saying our relationship with the natural world. There is only one way to achieve this. It can be summarized in one single word: implementation,” says Simon Stiell, executive secretary at UNFCCC.

Sameh Shoukry, COP27 president while commenting during the agriculture day says the impact of climate change is disproportionately impacting vulnerable communities around the world.

“To address this imbalance, we need to develop sustainable farming and food systems and meet the urgent needs of food-importing developing countries.”