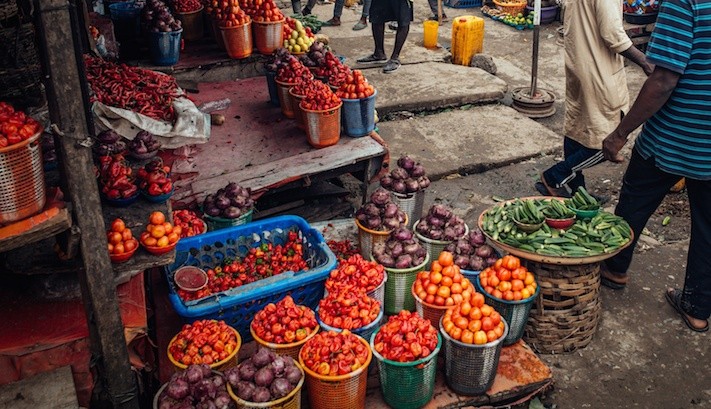 The recent bold step taken by the Governor Babajide Sanwo-olu-led Lagos State government to launch a five-year Agricultural Development Roadmap is not only timely but relevant in the face of rising food inflation traceable to the twin challenges of insecurity and climate change. The other critical issue that underscores the importance and imperative of the initiative is that of population explosion for a city already swelling up to some 21 million residents!

Feeding such huge number of people to guarantee both food and nutrition security would definitely require an approach that is both thorough and holistic. And that is precisely what the state governor has mapped out in line with itsProject T.H.E.M.E.S. That is an acronym that stands for his administration’s six strategic development agenda namely, Traffic Management and Transportation, Health and Environment, Education and Technology. And as it was re-echoed by the Commissioner for Agriculture, Ms. Abisola Olusanya the noble aim of the roadmap would help the state achieve its goal of making Lagos a 21st Century Economy.

According to Olusanya, the roadmap is focused on the development of agricultural value chains where the state has competitive and comparative advantages to ensure that the state attains its food security goals. This also runs in synch with the Vision of the Ministry of Agriculture: “Tobe a major contributor to sustainable economic growth and social well- being in Lagos State.

In a similar vein,itsMission Statement which is that of: “Promoting sustainable food production in a healthy environment through efficient service delivery” would no doubt be manifested as each aspect of the value chain is boosted to make the desirable impact on the quality of life of the average resident of the state. That encompasses food production, preservation, processing, transportation, marketing and safe delivery.

In that wise, we take a critical look at the words of the Commissioner for Agriculture: “The road map will focus on the development of agricultural value chains where the state has competitive and comparative advantages to ensure that the state’s self-sufficiency in food production moves from 18% to 40% of food needs in the next five years and thus ensure that Lagos state achieves the Sustainable Development Goals (SDGs) as it relates to the sector.”

Interestingly, the Road Map alsohighlights intervention areas by the Ministry to boost agricultural productivity at the upstream, midstream and downstream sectors of seven value chains and services, bearing in mind the comparative advantages Lagos State has in these sectors.

According to her, the agricultural sector in the State has evolved through several decades from when the State was created in 1967. At the inception of Lagos state Ministry of Agriculture, the policy focus was on direct production of agricultural produce by the State.

She stated that a 21st-century economy is characterised by four key goals which include job creation, food security, standardisation and internal revenue generation for the State.

In achieving this goal, the ministry has painstakingly prepared a Strategic Plan to collaborate and partner with stakeholders in the intervention areas such as policy review, formulation and implementation. There is that ofdatabase collation and upgrade; as well as reposition of it agencies and departments.

Others encapsulate the capacity of its workforce and stakeholders with special focus on youths and women and encourage public private partnership to establish companies and processing. All these would boost and sustain agricultural productivity in fisheries, poultry, piggery, red meat, coconut, rice and vegetables value chain by adopting appropriate technologies in line with Global Best Practices.

In addition to the value chain interventions, she explained that “the roadmap also highlights the need for the state government to partner and collaborate with private investors and relevant authorities in improving the environment through proper waste management and relocation/upgrading of service centres such as sawmill and open markets in the state”.

All these are well stated. But maximizing the key elements of the Road Map involves walking the talk! So, what should the Lagos state government be doing?

While it is commendablethat the policy thrust has changed from direct production to provision of a conducive environment for private sector investment, that means the assurance of sustainable security. In fact, one that would guarantee the complete absence of armed herders, bandits, kidnappers and terrorists.

A conducive environment would also guarantee stable electric power supply, free flow of traffic, availability and accessibility of fertile farmlands for the farmers.Such farmers should be registered with the Ministry of Agriculture through their Corporative Societies to enjoy soft loans of single digit interest rate as well as modern inputs such as early-maturing, high-yielding and disease-resistant hybrid seedlings.

Some of the youths to be employedin this regard should be experienced and fresh graduates in agriculture, food science and technology, agric engineering and nutritionists. They should serve as agric extension workers to keep enlightening farmers on modern agric practices including hydroponics. This is the process of growing plants in sand, gravel, or liquid, with added nutrients but without soil. Such is important given the challenge of inadequate fertile land in an aquatic ecosystem that Lagos boasts of.

And talking about an aquatic ecosystem a lot of revenue could be generated from a coconut revolution in addition to more focus of the production, processing and marketing of sea foods such as several species of fish, crayfish, crabs and prawns, most of which have been underrated in terms of consumption based on their high nutritional values.

When it comes to PublicPrivate Partnerships (PPP) one would advise that the Ministry of Agriculture should reach out to research institutes such as the International Institute of Tropical Agriculture( IITA), that of the Federal Institute of industrial Research, Oshodi (FIIRO). They have a lot to offer when it comes to modern agric practices and income generating ventures for Small and Medium Scale Enterprises (SMEs).

Similar collaborations with the University of Ibadan, University of Agriculture, Abeokuta and Bells University of Technology, Ota that has strong Faculty (College) of Food Sciences and Nutrition will go a long way. Not left out is the wave-making Xtra Large Farms Ltd that produces organic foods and is on the verge of starting the first Agri-tech city in Africa there at Idi-Iroko, Ogun state.

Coming to the issue of food safety, the government should do something urgent about food canteens sited close to filthy gutters, selling of cow meat near road sides and food vendors that exposure their wares to house flies and all manner of vectors and pathogens.

In addition to all these suggestions, more Food Exhibition initiatives and, private sector-driven healthy competitions on the aspects of the best performing food companies in production, preservation and marketing have become necessary. Such would also drive the government’s vision on tourism.

Furthermore, is the need to push for the export of products such as coffee, cocoa, cashew, coconut bi-products, prawns, crayfish and some tropical fish that Lagos has comparative advantage in their production. But it should partner with the Standards Organization of Nigeria,(SON), National Agency for Food and Drug Administration and Control (NAFDAC) as well as the Nigerian Export Promotion Council (NEPC).

So far, it is a big kudos to the state governor, Babajide Sanwo-Olu for coming up with this laudable Road Map. The time to walk the talk is now and all hands must be on deck to bring it to the harbor of bumper harvest!

*Ayo Oyoze Baje is Nigeria’s first food technologist to practise fully as a journalist and he celebrates his 20 years journey in the Food and Beverages sector this year, 2021.