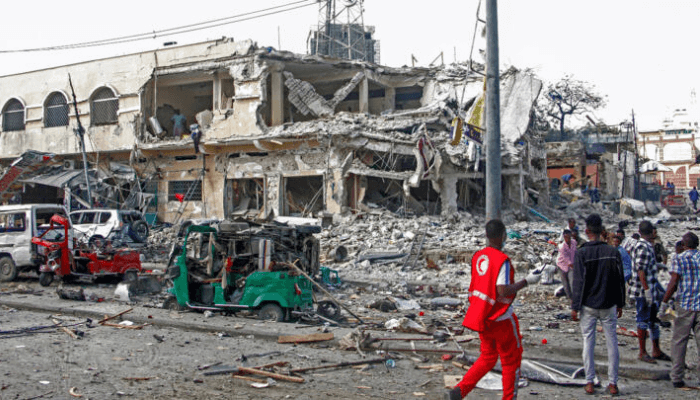 Two bombs went off in Mogadishu, the capital of Somalia on Saturday morning and the al-Shabab militant group has claimed responsibility for the bomb blast, BBC reports.

The incident was confirmed by Hassan Sheikh Mohamud, Somalia’s president. In his speech, Mohamud revealed that those who were massacred [were] mothers with their children in their arms.

“I am here to tell the Somali people that such October attacks will not happen again, God willing,” he said.

Mohamud further disclosed that the attack was carried out by the militants to send a message to the government and the world that the terrorists group who are affiliates of al-Qaeda, have being involved in a marathon conflict with the jihadist group.

However, the president who is just five months in power has declared a total onslaught on the Islamic terrorist organization who also claimed responsibility for an attack on a hotel in August that claimed the lives of 21 people.