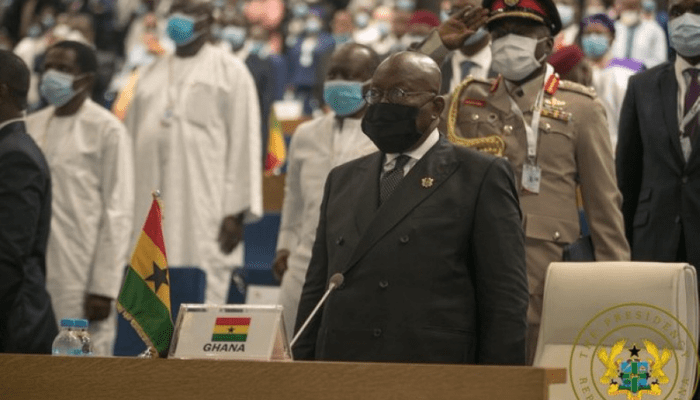 The Economic Community of West African States (ECOWAS) has elected Ghana’s President Nana Akufo-Addo as the new Chairman of the Authority of Heads of State and Government of the regional body.

The Ghanaian leader was elected during the 57th ECOWAS Ordinary Session of the Authority of Heads of State and Government of ECOWAS Summit on Monday in Niamey, Republic of Niger.

President Akufo-Addo takes over from Muhamadou Issoufou of Niger Republic.

He was elected at a time the sub-region is facing immense challenges of the actualization of ECOWAS single currency programme called the ‘Eco’ as most of the member states are still struggling to meet some of the convergence criteria for the take-off of the currency.

One major challenge is that the region is still grappling with the devastations and economic disruptions caused by the Covid-19, which seemed to have affected ECOWAS vision 2050.

The region is also battling with growing level of terrorism that is predominant in countries like Nigeria, Niger and Burkina Faso.

Other challenges facing the region are the high number of cases of armed banditry and piracy, underdevelopment and political crisis in some parts of the region.

The Ghanaian president will also face the political crisis in Mali where the military toppled President Boubakar Keita and forced him to resign from office which is threatening a backlash across the region.

President Akufo-Addo will have to admonish some of his colleagues who are plotting to elongate their tenure in office by manipulating their country’s constitution.

This development was also warned against by Nigerian President Muhammadu Buhari, who advised leaders nursing the ambition of tenure elongation in the region to abandon that line of thinking in order not to plunge their countries and the region into more crisis.

The Power Of Voice-Telling Our Stories

Mental Health in the Creative Industry