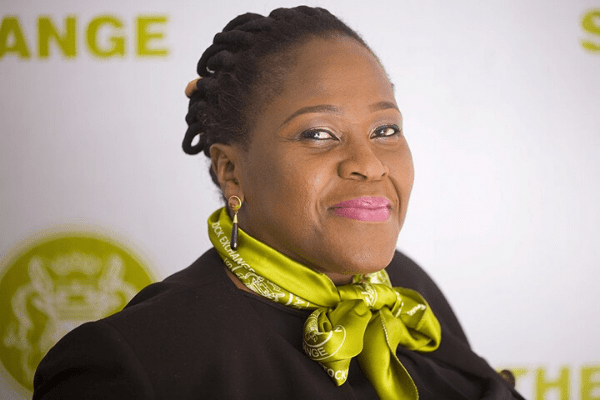 Tinuade Awe is the Executive Director, Regulation at The Nigerian Stock Exchange. Prior to attaining the position of Executive Director at The Exchange, she was the General Counsel and Head of the Legal and Regulation Division, overseeing the activities of five departments. She is responsible for providing effective leadership to ensure that the Exchange’s policies, business operations, and its relationships with regulators, its members, issuers, and other stakeholders are in compliance with all applicable laws and regulations. Moreover, she has responsibility for the regulation of the two primary stakeholder groups of The Exchange, i.e., the Dealing Members that trade on The Exchange and issuers that have listed securities on The Exchange. Additionally, she served as Secretary to the Council of The Exchange from January 2011 to October 2015. During this period, she played a key role in building the governance structure of The Exchange. She currently serves as a Trustee of the Investors’ Protection Fund of The Exchange and was re-appointed to the Board of the Financial Reporting Council of Nigeria (FRC) for a second time. Currently, Awe chairs the Corporate Governance Committee of the FRC Board which has the responsibility to review and implement the suspended National Corporate Governance Code. She is also a member of the Finance and General Purpose Committee of the FRC Board.

Awe has a wealth of experience and a solid track record across organisations on three continents, including with the United Nations International Criminal Tribunal for the former Yugoslavia (ICTY), in The Hague, the Netherlands; the United Nations Compensation Commission in Geneva, Switzerland; and top tier law firms in Nigeria and New York. At the ICTY, Awe served as Law Clerk to His Excellency, The Honorable Justice Adolphus Godwin Karibi-Whyte. Tinuade has been involved in major regulatory initiatives, including as Project Director of the CBN-SEC Joint Task Force on the Intervened Banks from April to August 2010 and as a key player in The Exchange’s interface with the investigators that conducted the forensic investigation of The Exchange in 2010. For seven (7) years, she was an attorney with the New York office of Simpson Thacher & Bartlett, a leading law firm with global presence. At Simpson Thacher, her clients included global financial institutions and capital markets, players. She also represented regulated entities in their dealings with their regulators, including the Office of the Comptroller of Currency and the Securities and Exchange Commission in the United States.

During parts of 2007 and 2008, Tinuade took time off from the law to indulge her passion for education as Anglophone West Africa Associate Director of Admissions for the African Leadership Academy in Johannesburg, South Africa, a two-year educational institution established to develop young African leaders in all genres of human endeavour. At the Academy, she assisted with the design and implementation of the Academy’s student recruitment and public awareness strategy for Anglophone West Africa.

Awe has over twenty-four (24) years of professional experience. She has an LL.B Degree from the Obafemi Awolowo University, graduating as the Best Female Student in the Faculty of Law. She finished at the Nigerian Law School with First Class Honors, graduating as Best Overall Student. She also holds LL.M Degrees from Harvard Law School, where she was a Landon H. Gammon Fellow, as well as The London School of Economics and Political Science (LSE), where she graduated with Merit. At the LSE, she was a British Council Scholar. She is admitted to both the Nigerian and New York Bars.

Her interests include education, travelling, African art, and gender and development.

Sharing on gender equality, she says “Women are making progress in businesses, in the private sector, in the corporate world and the creative industry. Women shouldn’t feel discouraged. Though there is still a long way to go, there should always be initiatives for progress until gender parity is achieved”

Warm up this Harmattan with this delicious pepper soup recipe