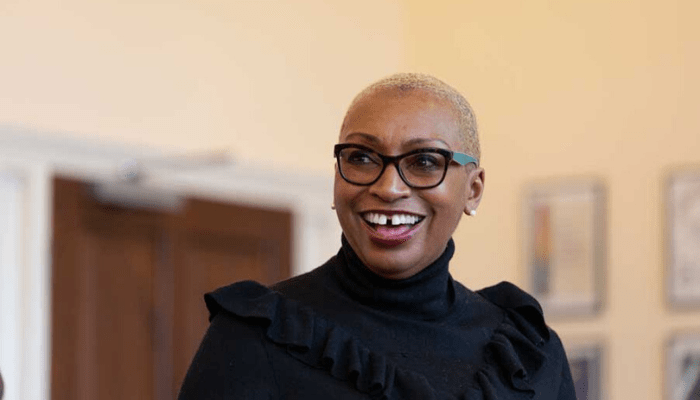 With 189 member countries, staff from more than 170 countries and offices in over 130 locations, the World Bank Group is a unique global partnership: five institutions working for sustainable solutions that reduce poverty and build shared prosperity in developing countries.

The World Bank Group is one of the world’s largest sources of funding and knowledge for developing countries. Its five institutions share a commitment to reducing poverty, increasing shared prosperity, and promoting sustainable development.

They have improved their ability to measure results and it has adopted standardized metrics across a wide range of sectors to aggregate contributions to development results across countries and across time.

They have also opened their data, knowledge, and research to foster innovation and increase transparency in development, aid flows, and finances. A variety of tools, programs, and policies facilitates these goals.

As the first British national and the first black woman to hold this role, Sandie is the principal advisor and spokesperson on all legal matters for the world’s leading development finance institution. She heads the Legal Vice Presidency Unit where international development legal experts provide legal services essential to World Bank activities and operations. Sandie also heads the Compliance Vice Presidency that is responsible for developing and overseeing the World Bank data privacy framework that is based on the World Bank Group Policy on Personal Data Privacy. The two Vice Presidencies are separate and distinct.

In addition to her official duties, Sandie is an ardent defender and champion for women empowerment, gender equality, and justice for all. She uses her voice and expertise to spark personal and community-based development and push the envelope in tackling gender-based inequalities, particularly among minority groups and women. She proactively engages in opportunities to spur change and move the needle in tackling issues such as gender-based violence, domestic violence, female genital mutilation, sexual harassment, child marriage, women’s access to justice, gender equality in the judiciary, discriminatory laws, and many more.

Sandie is an Honorary Bencher of Middle Temple in the United Kingdom (2018) and was named one of the Upstanding 100 Leading Ethnic Minority Executives (2016), Top 20 Global General Counsel (2019) by the Financial Times and was recognized as Britain’s 5th most influential person of African and African Caribbean heritage by Powerlist (2018). She holds Honorary Doctorates in Law from City University London (2014), London Southbank University (2018), and her alma mater Birmingham University (2019).

Okoro was appointed to the Management Board and the Panel of Experts of The Hague-based Panel of Recognized International Market Experts in Finance (2011) and the Premier League Equality Standards Panel (2016). She is Ambassador for the Law Society of England and Wales Diversity Access Scheme and served as President of the International Lawyers of Africa (2014). She also received a lifetime achievement award from the UK Black Solicitors Network (2016), was named one of the Power 100 Women by City A.M. and 100 Women to Watch by Female FTSE Board.

She received the Howard University 2019 Vanguard Women Award for her accomplishments as a woman of color who has blazed the trail and her commitment to mentoring young women and advancing the rights of women and girls globally. She is also the recipient of the Beyond the Glass Ceiling Award presented by the Leadership Institute for Women of Color Attorneys (2019), the Chambers 100 Outstanding Global General Counsel award (2019), and an honoree of Harvard Law’s 7th Annual International Women’s Day Portrait Exhibit (2020).

HE Olufolake Abdulrazaq, on a mission to impact the people of Kwara positively for the betterment of the state