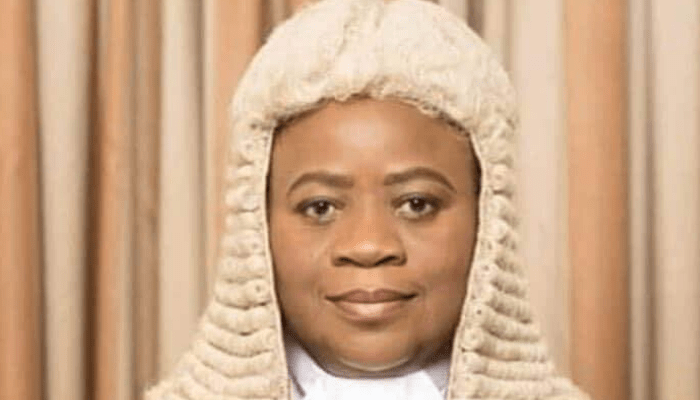 The Court of Appeal will have a woman behind the wheel of its affair for the next four years following the confirmation of Monica Dongban-Mensem’s by the Senate.

The new appointment of Dongban-Mensem’s as President and head of the court of appeal in Nigeria will be the second time a woman is leading at the highest level of the Appeal Court.

Dongban-Mensem was confirmed after a presidential nomination. On June 8, president Muhammadu Buhari sent the name of Dongban-Mensem to the Senate for confirmation as the substantive President of the Court of Appeal.

“Justice Dongban-Mensem is a serving Justice of the Court of Appeal and was recommended, as is the practice, by the National Judicial Council for the nomination by the President,” wrote Garba Shehu, spokesperson for the president.

Dongban-Mensem is the daughter of Douglas-Mensem, a retired Appeal Court judge. She was educated at Ahmadu Bello University, where she gained an LL.B and LL.M (Bachelors and Masters of Law) and then went for a postgraduate diploma at the Institute of Advanced Legal Studies in London.

On 5 March 2020 President Muhammadu Buhari appointed Dongban-Mensem as acting president of the Court of Appeal, after the retirement of Zainab Bulkachuwa. She was sworn in by Tanko Muhammad, Chief Justice of Nigeria, on 6 March 2020. In April 2020, the National Judicial Council recommended her to President Buhari for confirmation as Appeal Court President.

The President then extended the appointment of Dongban-Memsem as the acting President of the Appeal Court further for a period of three months from June 3, 2020.

Ibidun Ighodalo lives on in hearts of many women

Ibidun Ighodalo lives on in hearts of many women