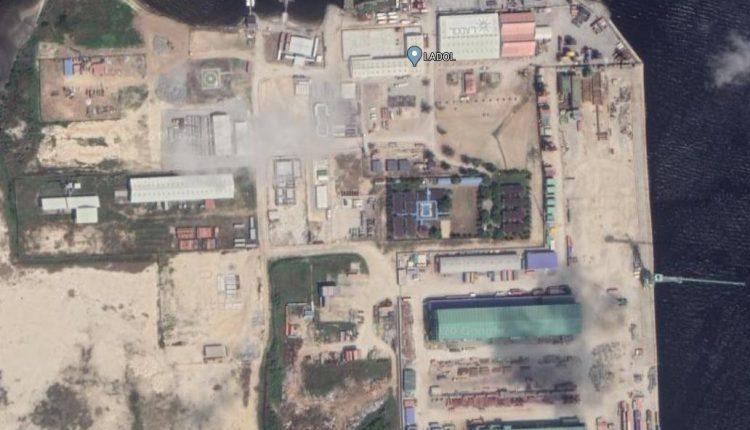 The Federal Government of Nigeria had set up the free zones to attract foreign direct investment (FDI), generate employment, encourage transfer of technical skills to Nigerians and boost the country’s economy.

To attract investors to the free zones the businesses are exempt from the normal tax regime, particularly with regard to Customs duty and tax.

In return, the government expects investors in the free trade zones (FTZ) to boost exports, create jobs and help in diversifying the Nigerian economy by bringing investments.

One of the free zones is the Lagos Deep Offshore Logistics Base (LADOL), set up for the provision of logistical, engineering and other support services for deep-water offshore oil and gas exploration.

The Managing Director of LADOL, Dr. Amy Jadesimi, had paraded herself as a longstanding advocate of fair trade and the break of monopoly in Nigeria.

Indeed, for many years the logistics services sector of the Nigerian oil and gas sector was closed to competition, thus leading to sub-optimal performance.

However, when LADOL was given the opportunity as the caretaker of the Lagos Free Zone, it demonstrated that it has the worst monopolistic tendencies that discourage foreign investment.

LADOL was initially granted 80 hectares of land at the Takwa Bay by the NPA on January 1, 2003.

It was gathered that another lease of an adjoining 34 hectares was added to bring it to a total of 114 hectares.

A recent survey by the NPA showed that the total leased areas is 121 hectares.

Over the years, LADOL was supposed to attract investors, leveraging on Federal Government’s liberal tax regime in the free zones, as well as waivers and assurances given to investors in the zone.

But rather than attract investors who will be exempt from the normal regime, LADOL scared away investors with exorbitant service charges, having monopolised the FZs.

LADOL, which is supposed to be the free zone manager, suddenly became a co-venturer by setting up SHI-MCI with Samsung Heavy Industries Nigeria (SHIN), as one of the major subcontractors in the execution of in-country fabrication and integration works including the Egina FPSO project.

So, from the outset, LADOL had a commercial and pecuniary interest in one of the major subcontractors in the project.

Secondly, as sub-lessor, it also holds the lease over the free-zone granted by the NPA through its affiliate Global Resources Management Ltd (GRML).

LADOL is also a service provider with an exclusive monopoly on the provision of all services to SHI-MCI and all free zone enterprises within the LADOL Free Zone Area.

As an agent of the regulator, LADOL through another affiliate, GRMFZC exercises governmental and regulatory powers over SHI-MCI and all free zone enterprises within the LADOL Free Zone.

Indeed, LADOL through its various affiliates operates as the zone manager, agent of a regulator, sub-lessor and exclusive service provider.

With this monopolistic tendency, LADOL ignored its crucial role of attracting investors and focused on pursuing its pecuniary benefits at the detriment of the foreign investors in the FZs and the Nigerian economy.

LADOL’s continued stranglehold on 121 hectares of land at Tarkwa Bay has hampered the Federal Government’s efforts to attract investors to the Lagos Free Zone.

For close to 20 years after NPA gave LADOL the 121 hectares of land, over half of this land has remained undeveloped because LADOL demonstrated lack of capacity to form alliances with local and foreign investors to boost developments at the free zone.

The good news is that NPA has offered Samsung a lease of 11.2426 hectares out of the 121 hectares of land, which was developed by Samsung to build world-class fabrication and integration yard.
It is unfortunate that a total of 69. 2874 hectares of LADOL’s land is still undeveloped.

To break LADOL’s monopoly, NPA should sign more lease agreements with existing and potential investors to boost the development of the undeveloped portion of the Lagos free zone.

NPA’s lease agreement with SHIN is a right step in the right direction.

It is expected that similar measures must be taken for Africoat, a Nigerian-registered pipe-coating company with United States citizen ownership, investment and management which has been suffering from LADOL’s monopoly.

President Muhammadu Buhari’s administration should encourage the NPA to sign more lease agreements with more reputable companies that have the capacity to develop the Nigerian economy.

LADOL has demonstrated that it lacks the capacity to partner investors to develop the free zones.

Out of the several free zones in Nigeria, no other one is managed by a single company.’

Why is LADOL Free Zone different? LADOL’s hostile posturing is a disincentive to investments.

NEPZA has encouraged LADOL to mismanage the free zone to the detriment of the Nigerian economy.

SHIN’s world-class fabrication and integration yard in Lagos Free Zone is an evidence of the benefits the country will derive by opening up the free zones for more companies to manage.

The free zones should be opened up for more companies so as to attract investments for upcoming projects such as NLNG’s HI-HA Block, Bonga South West projects, which are crucial for the Nigerian economy.

With more companies participating in the free zones, there will be employment generation to increase Nigeria’s GDP.

The impact of sports betting on the Nigerian economy

The impact of sports betting on the Nigerian economy