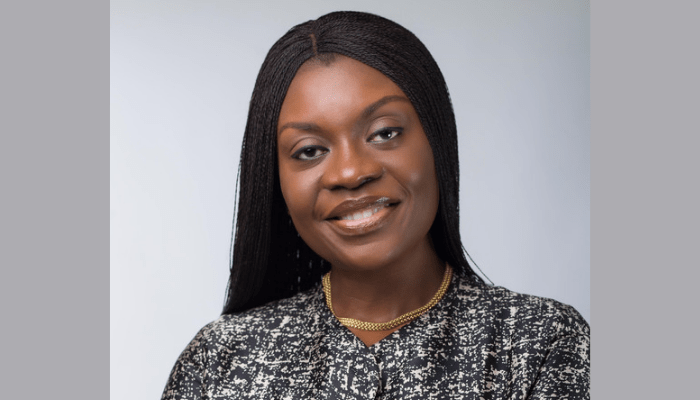 My vision is to see women take an equal place side-by-side with men, in top leadership. This is why I founded the Africa Women CEOs Network, the first and only pan-African business network dedicated to women leading businesses, and 100 Women@Davos, a global community of impact-driven women business leaders which was created in Davos alongside the World Economic Forum.

My background is in economics and finance. I started my career in corporate banking with Citibank with a portfolio of some of the biggest multinationals, but then quickly became interested in entrepreneurship as a driver for economic growth and development.

I lived in several African countries and found similar issues of lack of finance for SMEs, leading to my doctoral research, and found women-led businesses faced even more obstacles. We designed management development programs for women entrepreneurs and helped them access finance.

I also sit on the boards of several organizations including a fast-growth African tech startup – Myidentitypass; one of the biggest UK universities, Nottingham Trent. I am also a member of the Expert Advisory Group of the Institute of Directors UK on Diversity and Inclusion.

Business Growth Strategies
Our focus is to continue to grow our communities toward our purpose, which is to see gender-balanced leadership in business. This means raising the visibility of women leaders and supporting them with bespoke leadership resources. As a UN Women’s Generation Equality Action Coalition Commitment Maker we support SDG 5 Target 5.5: “to ensure women’s full and effective participation and equal opportunities for leadership”. The other growth area is our work in Diversity Equity and Inclusion to create organizational change – and also to strategically influence policymaking in favor of women’s leadership,
Implementation of the affirmative action
Disappointingly, the affirmative action enshrined in the national gender policy of 2006 has still not been implemented. Nigeria still ranks 141st with a very low 0.04 gender parity score (1 = parity) in women’s political empowerment according to the Gender Gap Report. There is adequate talent, as women’s educational attainment is close to parity. It is of concern that in less than a year, there will be general elections in Nigeria and only 9% of the national legislative aspirants are women.

These contribute to women’s slow ascendency in leadership and participation in public life, essentially because it is well-known that more women in leadership leads to the inclusion of women at all levels. It’s likely that the Gender Equality Bill would have met with less opposition if there were more female legislators.

Women Contributions to The Society
Despite the instrumental contribution of women to the structure of society, their contribution is undervalued. We have seen much progress with women in the field of professions, government, entrepreneurship, and the corporate world. For example in the financial sector, we have a high proportion of women who have chaired large bank boards and also ascended to the CEO role which has not been achieved in the most advanced economies in the world. For example, the US only saw its first woman CEO of a major bank appointed just a year ago! But we are yet to have a female president, vice president, or state governor. There are many competent women who are capable of occupying these positions and we need to work to get them there.

Journey To Success and Advice
Achieving is always hard work and the path is not often linear, especially for women. The most trying moment for me has been, arriving at the top as a leader and experiencing loneliness because there are few women up there. The future has never been so bright for young women, and so much is in their favor to help them progress, and I’d say they should continue to seize opportunities, and take up space. On my part, I will continue to pave the way for the next generation so that more can climb up the ladder of leadership.

Big Eyes Coin Succeeds With $20.5 Million Raised In Presale; A Thrilling Future That…

How leaders can win with better self awareness — Professor Roger Delves