It was February 2011 when Bitcoin (BTC) first hit $1 and who would have thought that 11 years on, Bitcoin would be worth over $40,000 and the cryptocurrency industry would be in the position it is in today?

The world moves fast and the last three years especially must have felt like a whirlwind for those involved in the digital asset space.

Despite Uniswap (UNI) being launched in 2018 and ApeCoin (APE) not yet even a month old, both cryptos are ranked within the top 50 cryptocurrencies, according to data from CoinMarketCap.

While Seesaw Protocol (SSW), which was launched this past Friday, certainly looks like it’s on its way to crypto stardom, due to the success of its presale and its continuation following the launch.

As previously mentioned, Seesaw Protocol (SSW), should it remain on its current course, is headed towards major crypto success.

An 8,000 rise in value throughout its presale followed by a 100% surge following the first 24 hours of the launch has massively increased the value of SSW which now stands at $0.44, at this time of writing.

A listing on both CoinMarketCap and CoinGecko in just four days demonstrates how serious Seesaw is and how impressive its rise has been to this day. 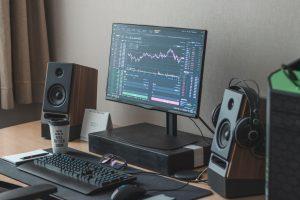 Being able to bridge the blockchains of Binance Smart Chain (BSC), Ethereum (ETH) and Polygon (MATIC) is the crown jewel of Seesaw Protocol’s project and one that allows its users to choose which blockchain they want to undertake their transaction, taking in transaction speed and cost of gas fees into account.

ApeCoin’s (APE) growth gets a jump ahead of the market

A 9.1% rise in the past seven days for ApeCoin (APE) is among one of the biggest in that span among the top 50 biggest cryptocurrencies, demonstrating the strong growth that ApeCoin is projecting, at this time of writing.

On the day of its launch, APE rose over 3,800% in what was a raucous day for the cryptocurrency market.

With APE to be used as in-game currency for a blockchain-based game that is yet to be released, made by Yuga Labs – the creators of the NFT collection Bored Ape Yacht Club, the potential of the coin is seemingly endless with some experts suggesting that APE could one day reach $1,000.

Uniswap (UNI) is on an upward spiral after a difficult period

As the number one leading decentralised exchange token, Uniswap (UNI) is literally at the top of its game.

Rebounding with a 3.8% rise in the past 24 hours after a 14.5% drop in the past 14 days, was a welcome return to form for Uniswap, which is ranked as the 23rd biggest cryptocurrency in the world, amassing a market cap of over $6 billion, according to data from CoinMarketCap.

Trading at $9.61, at this time of writing, Libertex has taken a bullish perspective on Uniswap, predicting its UNI token will reach a cross value of $60 by 2023.