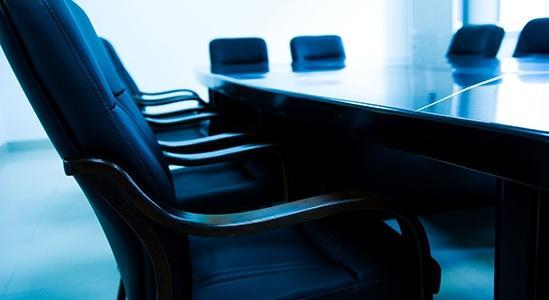 Many times, we hear about the importance of building the right culture within an organisation. CEOs grant interviews on primetime shows and talk about how culture is critical to their organisation development. HR departments are busy planning different culture retreats and orientations for both old and new staff. While all this is essential, there is more that is required. Beyond the rhetoric, this publication is about getting you to act today. Culture can either create a great work environment or a toxic one where people fail to meet goals, targets, or live up to true potential. A culture can set an organisation on the trajectory of growth, or it can be the cog in the wheel of progress. But what is organisational culture?

Organisational culture is a pattern of underlying assumptions, thinking, behaviours, ethics, and actions that explain the way people do things in a given social setting. This culture is made up of values, habits, and behaviours that contribute to the overall creation of the social and psychological architecture within an organisation. Simply put, culture is what makes an organisation different, thick, relevant, and sustainable.

Every organisation has its unique culture that is first spearheaded by its leaders, either by their words, actions, or their inactions. The leadership sets the tone for the kind of culture that an organisation eventually takes up. This culture is then woven into the fabric of the organisation through commitment to shared values as imbibed and demonstrated by employees. But then over time every culture is embodied and visible to not only the insiders but also outsiders who relate with the organisation in one way or another. Culture is also manifested through the stories, rituals, policies, structure, and aspirations that a company promotes or tolerates, evidenced by the day-to-day affairs of its people.

Many leaders devote more attention to their visions, financials, sales targets, business models, and hiring but less on building an enduring culture; probably because they figure it’s not that important, or, somehow, it is going to fix itself down the road. Nothing could be further from the truth. Culture plays a big role in the survival and sustainability of any organisation. But before we go into why culture kills corporations; we must look first at what drives organisational culture.

This knowledge is necessary for leaders across all levels, especially those who want to build thriving organisations both today’s market and the one for the future. When it comes to the organisational culture, there are elements to pay attention to: Artefacts, Espoused values, and Assumptions as advocated by Schein.

Artefacts: These are signs or representation of the organisational culture in the social and physical work environment. These artefacts can appear in five distinct forms.

Personal enactment: These are the behaviours exhibited by employees that reflect and showcase the organisation’s values in one way or another. So, when employees fail to reflect the principles of the organisation, it is only a sign that there is trouble looming on the horizon.

Ceremonies & rites: There are different types of celebrations and rites that occur in an organisation. An example is the rite of passage, where individuals, teams, or departments are habitually celebrated for their achievements or special events. Examples of ceremonies and rituals include staff retreats, birthday celebrations, fun days, the end of year review, and so on. Ceremonies and rites are not daily occurrences; they happen less frequently, and one may be tempted to believe that it is not important to define the corporate culture. Yet, this culture element plays a huge role in boosting the morale of team members while increasing engagement within the workforce. Ceremonies and rites help to foster and cultivate a supportive social culture that enables an organisation to thrive.

Stories: These are narratives told by the founders, staff, and leaders of past exploits, milestones, challenges, successes, and aspirations. Stories are known to shape cultures when they are told the right way. Over time stories become legends and take on a life of their own in affecting the way people think, act, and view the world (and workplace) around them. Stories are a powerful way to tell and convey the values and extend the heritage of any organisation.

Rituals & symbols: These are activities that are done regularly and repeated frequently by a team or department. They reinforce the values and beliefs of an organisation in practical and substantial ways. Examples of rituals include training, orientation, and employee’s day or week. While Symbols are unspoken messages within and outside an organisation that are conveyed through images such as the company logos, colours, icons, and even mental images held by employees.

Espoused values: The EV element explains how an organisation, through its management team, explains its culture to insiders (employees, members), allies (investors, clients), and the outsiders (general public). These espoused values are expressed in official documents like official policies, procedure documents, handbooks, manuals, vision, press releases, mission statements, flyers, souvenirs, and so on.

Assumptions: These are hidden beliefs, only discovered after one has been in an organisation for a while. These hidden beliefs are not written but are often understood and followed by all or most persons in the organisation. These elements are not documented anywhere, but the people practice them, nonetheless. They are the traditional unofficial ways things are done in any organisation. When new people join an organisation, without being told or taught, they tend to pick up assumptions over time.

Clan culture: Collaboration is the buzz word in this type of culture. Members of this culture share and have a lot of common interests and view themselves as part of a big family. The leadership style that is often manifested in this kind of culture environment is the one of mentoring, coaching, and brotherhood. What binds this kind of organisation is mutually held traditions and shared commitment. The espoused values for this culture are things like teamwork, communication, openness, and consensus.

Adhocracy culture: Energy and creativity are the buzzwords in this type of culture. Members of the culture are continually encouraged to take risks and explore new or better ways of doing things. Employees in this kind of environment are innovators, disruptors, entrepreneurs, or intrapreneurs. What holds this type of culture together are virtues like experimentation, can-do spirit, agility, and the freedom to try new things.

Market culture: This culture is built on the dynamics of achieving concrete results, marketplace rivalry, domination, or competition. The focus of this culture is goal-oriented born out of a desire to win large or all market share. The leadership style often showcased by management in this type of culture is marked by toughness, big ambition, and a demanding disposition. Usually, the factor that holds this culture together is the common goal to succeed and win over rivals. The espoused values for this culture include things like market share dominance, takeover, high shareholder value, and profitability.

Hierarchy culture: This culture is founded on both structure and control. It is characterised by a formal environment with strict institutional procedures that guide the organisation and the behaviour of its people. The leadership style that often works in this culture is one of organised coordination and monitoring. Efficiency and predictability are what bind people that operate in this culture, and the espoused values for this culture are consistency, hierarchy, and uniformity. Think of the military or government agencies; they usually work with this type of culture.

Do look out for a continuation of this article next week Friday.

Sobande is a Lawyer and Leadership Consultant. He is a Doctoral Candidate at Regent University, Virginia Beach, USA, for a Ph.D. in Strategic Leadership. He can be reached through Email:contactme@toyesobande.com

Protecting trade in Nigeria: How DFIs are responding to COVID-19