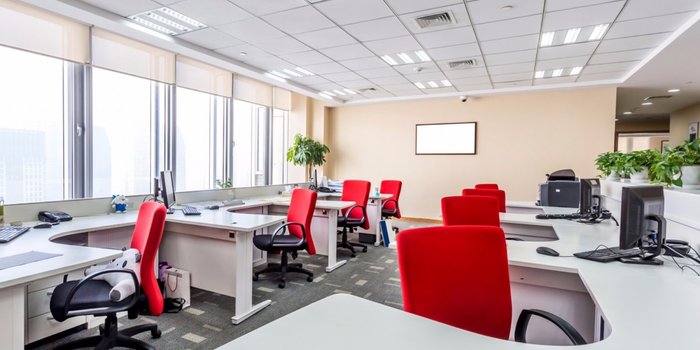 Conflict is an inevitable occurrence in every workplace because where two or more people are congregated; a skirmish will surely erupt, either subtly or conspicuously. According to Okoro, et al., (2018 pp 82), “Conflict is unavoidable and often threatens the peace, progress and productivity of a workplace.” However, how conflict is handled by leadership can either propel or disrupt the momentum in getting things done efficiently and on time (Llopis, 2014).  This can be due to a clash of interest, disagreement based on differing opinions, and many other reasons. No matter what the reasons may be, it is important to note that conflict shouldn’t be a long-term affair to avoid overwhelmingly negative consequences.

Conflict doesn’t have to be a cringe-worthy incident; in fact, it could be the bonding factor that further cements a healthy working relationship when resolved. Therefore, it is the duty of every leader to detect conflicts on time and proffer long-lasting solutions before such disagreements get out of hand.

What are the common causes of conflict in the workplace?

Assumptions: when communication is lacking within a workplace, this results in employees making unnecessary assumptions towards themselves or the leader. This is further complicated when there is no room to air their views or opinions in the workplace. Everyone then goes about with made-up notions in their heads about others and this further increases tension and makes the workplace less conducive to work in.

Overwhelming workload: this can occur between the team leader of a department and the members of the team or between the boss and employees. When an employee is choked with excessive responsibilities beyond what they can handle, grumbling and resentment can trail such actions. No one likes to be saddled with neck-breaking duties especially when swift measures can be taken by the leadership team to salvage the situation and relieve such employees of such workload. In most cases, such employees do a half-baked job or quit the job altogether. According to Radzali, when the workload is too much, inhumane, or overwhelming, they can become a job or task-related stressors that could end up leading to employees exhibiting deviant workplace behaviours.

Personality differences: this is common with people who find it hard to blend with those with contrasting personalities. When a sanguine employee works with a phlegmatic person who is bent on having his or her ways, problems are bound to occur especially when one of them is trying to enforce opinions on another. Or when there is a perfectionist in a team who loves doing a thorough job at the expense of others who do not see the need to go the extra mile in every task assigned to them. According to Virga, personality does influence the way people react to conflict and this can affect the quality of work when team collaboration is required.

Unhealthy workplace competition: the quest to be outstanding at work and be recognised by the management is one of the goals of every employee. But when this quest is fueled by a selfish motive to downplay the efforts of others and outshine them in a cruel way, the time bomb of conflict starts ticking. Competition is a natural factor in every organisation, and it spurs employees to give their best efforts, however it must be a healthy one. The writer Okoro believes competition is not a new phenomenon or occurrence, as life is all about the survival of the fittest as we all exist in a competitive world.

Poor working conditions: when the workplace is not conducive enough for employees to execute their duties and rise to their full potential, issues may arise. They will feel held back from giving their best. If these poor conditions are not addressed, complaints will be the order of the day in such an organisation and eventual staff will begin to leave.

Can conflicts be avoided?

No, but they can be managed and eventually resolved. Conflicts are an indicator that you are dealing with humans, but when it starts tending towards toxicity, verbal assault and in rare cases, physical assault, it is nothing short of disaster. A leader must not let it advance to this stage by constantly addressing every trace of disagreement within the team, especially at its early stage.

Effects of unresolved conflict at the workplace

Work disruption: conflicts can blow out of proportion when it is not resolved on time. When left unchecked, it can tamper with the company time and disrupt the natural order of activities at the workplace. Deadlines won’t be met and there will be a setback in the targeted deliverables that the organisation is aiming at. Productivity time will be replaced with gossip and banter. The workplace becomes divided with employees taking sides. Enemies are gained and negative energy is transmitted across the various departments. The overall goal of the company becomes defeated and all that is left will be vengeful employees seeking the hurt and downfall of their colleagues.

Decrease in productivity: when two or more employees paired on a project do not see eye to eye, they tend to project their unresolved differences on the assigned tasks that they are handling.Instead of working together harmoniously to produce a synchronised result that will benefit the organisation, such employees would rather carry out their tasks haphazardly to avoid interacting with their colleagues. In the long run, the company suffers from the unpleasantly done projects and may lose credibility in the process.

Increased tension: this can lead to emotional stress and frustration. When employees are going about their businesses with lingering issues that should have been resolved, it affects their emotional wellbeing, inadvertently affecting their workflow. And when employees are not in the right frame of mind, they become depressed and delay in executing their projects. The tension that stems from conflicts takes its toll on them and they become easily worn out while discharging their duties.

The company loses money: apparently, when productivity declines and the company does not function at an optimal level, this will be projected on the services rendered to clients. When clients are displeased and withdraw their patronage and support, revenue is lost, expenses are incurred, and profits dwindle drastically. Potential investors will be scared off and the organisation will record extreme losses that may lead to a fold-up if swift measures are not affected to rectify the fundamental problem.

Toxicity in the workplace: when the workplace that is meant to be a place of shared support, beneficial collaboration and mutual growth is saturated with unending conflicts, the workplace becomes toxic. Making it less conducive for intellectual growth and unity. A toxic workplace is like a battleground that permits other unnecessary disagreements to develop. It becomes a breeding ground for negativity and vile tendencies. When toxicity takes hold of a workplace, the company’s culture of love and respect becomes a thing of the past and the longevity of the organisation’s growth and progress is threatened.

Violence: this happens in cases where conflicts are prolonged for an extended period. When the issues are not resolved timely and the pent-up anger continues to build up within the parties involved, violence may creep in unannounced, causing irreparable damages. Sometimes, violence comes as a last resolve to express one’s grievances in the workplace. When conflicts metamorphose from the emotional stage to the physical stage, it causes a dent on the company’s reputation. This can cause embarrassing scandals that the workplace will pay gravely for afterwards.

Sudden exits of employees: when limits are crossed and the workplace is tending towards an inevitable downward spiral with no hope in sight, employees begin to seek other opportunities in a more conducive environment, creating a vacuum in their respective teams. When they are offered the opportunity to change jobs, they grab it instantly without hesitation as a means of escape from a toxic work environment. This mass exodus puts the workplace at a disadvantage and it unavoidably goes through the rigours of scouting for new hires as a replacement for the staff that left without warning. Do look out for a continuation of this article.

Sobande is a Lawyer and Leadership Consultant. He is a Doctoral Candidate at Regent University, Virginia Beach, USA, for a Ph.D. in Strategic Leadership. He can be reached through Email:contactme@toyesobande.com