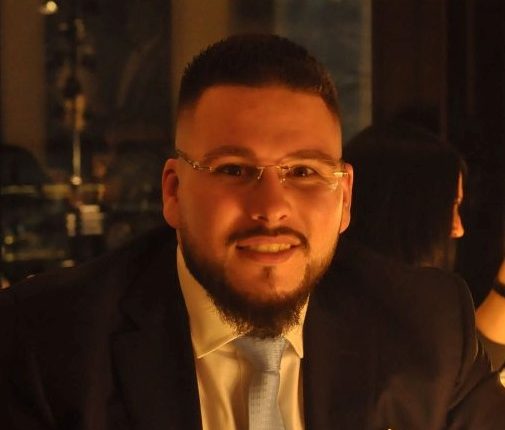 An investor, a consultant and a young serial entrepreneur with a worldwide presence. At only 29 years, this young entrepreneur has seen it all and lays out a few mistakes that other entrepreneurs must avoid making. All those stories which are created overnight undoubtedly excite and interest us and make us crave to know more about them and how they all do it. However, some other stories that infuse the right kind of positive energies in others are the ones that are made from the ground up and are the true example of rags to riches story.

Today, we would be talking about the story of one such young entrepreneur who saw it all and today is reigning the entrepreneurial world in the crypto and blockchain space, he is Björn Seiz, aka O5O living in Marbella, Spain, but the one who has made a name for himself across the globe as a serial entrepreneur in the early cryptocurrency days.

His journey began with humble beginnings, growing in a normal household with no rich parents. But, his aim to create something of his own and do something in the entrepreneurial world took him towards starting his career early at the naive age of only 13, where he began selling clothes online back in 2004.

A few years later, he started his next business at the young age of 18 years and earned a massive amount of money pretty fast, working along with a team of 60 employees. However, with no real experience, his business failed big time and he lost all his money and went into debt.

Hence, O5O today shares a few mistakes that young successful entrepreneurs tend to make easily and must be aware of not following the wrong path which he did a few years ago.

O5O points out that as a young and successful entrepreneur; he made the mistake of spending too much money. The hard-earned money that he made through his first business went down the hill and he had to start from all over again.

Never cut corners, never chase the fast buck. If you are doing the right thing, competition is rare and you will win on the battlefield of entrepreneurship the long way.

As a youngster, one may get excited to make all the decisions by himself for his business, not realizing the pros and cons of the same. Remembering the mistakes O5O made, he suggests that one must always give a thought before coming to a conclusion and also take help and advice from experienced professionals in the field. His advise:

O5O suggests budding entrepreneurs to always focus on the cash flow, cash in, cash out.

If you run out of cash this is one of the worst things that can happen to you. Don’t buy things which you do not need, you will need to sell things tomorrow which you need. It is essential for them to understand and hone the abilities to generate positive cash flows and even maximize long term free cash flow.

It was in 2015 that Björn Seiz made the decision to start all over again after losing so much in his early ventures. 2017, he founded his startup, which was built in a very short span of time and grew to make a market capitalization of $4.2 billion in the crypto and blockchain space.

O5O has now turned into a sought-after expert and leader in the Bitcoin, Blockchain and Crypto industries. He also consults and advises several other multi-million dollar companies worldwide with his experience so far in the entrepreneurial world.

Today, Björn Seiz’s company has a worldwide presence and has been featured and discussed in Forbes, Entrepreneur.com, Times Magazine and many more. It has a strong presence in the German-speaking countries like Switzerland, Germany and Austria but as well in the international space like Dubai, Malta, Los Angeles and many other parts of the world and was pushed by celebrities as Floyd Mayweather. It’s a publicly-traded firm, which is nearing to make almost $50 million soon.

Indeed, Björn Seiz has lived a true rag to riches story, inspiring the young generation in the entrepreneurial world.