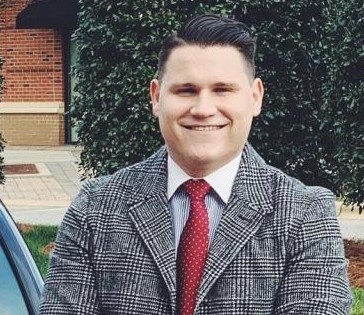 Born in a small country of Belarus in 1994, Roman was quite mature as a young kid, his mindset was totally distinct than many his age. Roman’s family migrated to the United States of America when he was just 7. Life in the new country was all about playing sports, be it football or on the track. At a young age, he was drawn towards fitness, and to fuel his passion, he got into workout mode, in a very serious way. His intense physical training sessions lasted for more than three hours daily. The gruelling workouts that he indulged in pushed his mind and body to their optimum limits breaking multiple records in bench press and squat.

Roman wanted to be financially independent, and to support himself, he started doing odd jobs to earn a quick buck, his first one being painting houses in Sioux Falls, South Dakota when he was just 13. During his summer off at school he would work at McDonalds and Service Master Cleaning Company. To further his career, he graduated early at the age of 14 and went on to become the youngest IT manager his age to later becoming the top automotive finance manager on the East Coast with millions in sales. Having worked as a professional all these years, Roman was always drawn towards the idea of being your own boss and with that thought he decided to jump into the entrepreneurial ship choosing real estate as his field of business as many of his friends were already successful real estate investors. He chipped in his savings and started his business, which is hugely successful in present times. Roman says “Being in business does affect your family life as initially when you are trying to build base can have its own repercussions, but the idea of living life on your own terms is worth all the obstacles that come in between”.

His pillar of strength has been his wife Olga, who has stood rock solid behind him through thick and thin. Being successful and owning your business has its own perks like taking time off for things you love doing most. Roman loves travelling and his most memorable travel experience has been when he flew to Turks and Caicos sometime back. “Its paradise on earth, the most beautiful island I have ever seen in my entire life, with the Grace Bay beach being the best” says Roman.  Owning a supercar – Audi R8, has been one of the most awesome moments in his life since he’s a big car enthusiast.

Roman has indeed come a long way from painting homes to being a successful entrepreneur at present. “Life is short, live it to the fullest, take risks, be fearless and go for it” concludes Roman.

Top trends that will shape the future of modern dentistry as per Dr. Amselem