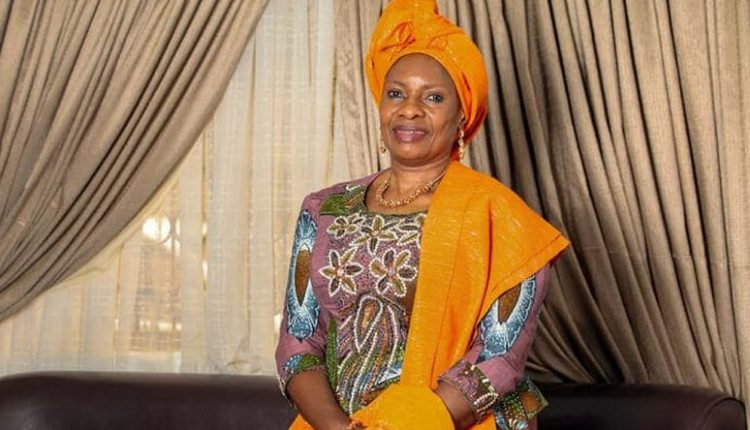 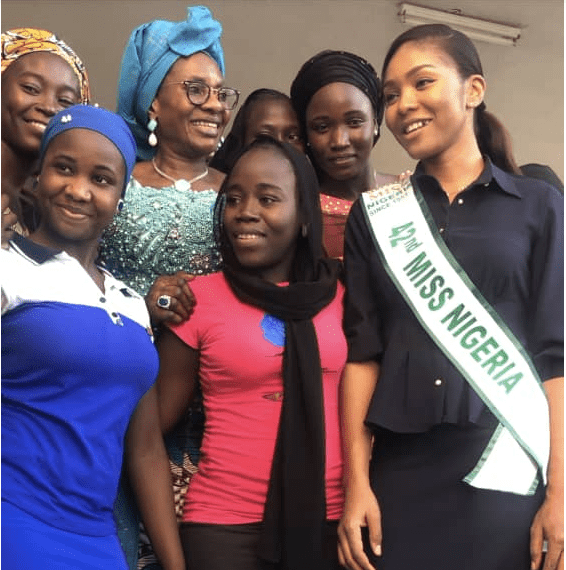 This is even as the finals of the 2019 Miss Nigeria pageant holds today at the EKO Hotel, Lagos.

A new queen would be announced later this Saturday night.

The New Foundation School, located inside the premises of the American University of Nigeria (AUN) is a special education facility designed specifically for the rescued students of Chibok in order to give them both academic and other necessary training needed to fully reintegrate them into the society after the horrible experiences they had while in Boko Haram captivity.

The Women Affairs Minister, at the event which was rather interactive, commended the girls, now women, for their courage and resilience, assuring them that as ‘their mother,’ she would continue to be there for them, anytime.

She said her visit was to see and hear from them about their welfare and progress of their academic and other trainings, assuring them that the Federal Government would continue to take care of their needs as well as provide the necessary material for their development.

Also speaking to the women, outgoing Miss Nigeria, Chidinma Aaron who had a 30-minute session with them said there was the need for young women to continue to maintain their dignity and esteem, adding that she was impressed to see level of their self confidence and readiness to face the future

“It was a great moment for me, seeing those strong women who in the past went through horrible experiences. They are real women, confident and ready to face the future,” she said.

Meaning while all is set for the finals of the 2019 Miss Nigeria pageant which would produce a new Queen for the next one year.

Miss Nigeria is an annual beauty pageant which began as a photo show in 1957. It showcases positive attributes of Nigerian women. Daily Times of Nigeria is the owner of Miss Nigeria Franchise/Trademark with The Green Nigeria Company as its current Event Managers.

The winner of Miss Nigeria portrays exemplary qualities and serves as a role model for young women. The pageant is the foremost, practical empowerment platform for women in Nigeria

The first Official Miss Nigeria was Grace Oyelude who won the maiden edition of the competition in 1957. She later used part of her £200 prize money to travel to England where she studied Nursing; and from that year, to 2018, 62 years later, Daily Times has placed that valuable Miss Nigeria crown on 42 precious heads of Nigerian women, who must be young, beautiful and brilliant to win the much coveted prize. The reigning Queen is Miss Chidinma Aaron who defeated 12 other finalists to emerge winner of the 2018 edition of the pageant.

After Grace Oyelude who represented Northern Region; then came Helen Anyamaeluna who emerged winner as representative of Eastern Region followed by Nene Etule, who represented Eastern Region/Southern Cameroon in 1959. Nene Etule later married got married to Mr. Pen Malafa, Director of the United Nations Information Centre and became Mrs. Malafa. Nene has remained the only non-Nigerian to participate or win the contest.

One of the most popular Queens was Rosemary Anieze who was crowned ‘Miss Independence’ because her stars shone bright in 1960, the year Nigeria emerged an Independent Nation. Rosemary later took to fashion designing where she carved a niche for herself.

Other popular Queens included Miss Binta Sukai who won in 1981 as a representative of Kaduna State, Vien Tetsola who emerged Miss Millennium for emerging winner of the year 2,000 edition and Ezinne Akudo Anyaoha, the 2013 winner who is now a lawyer and activist. Ezinne was in September 2018 appointed as the Creative Director of Miss Nigeria by Folio Communications Plc, owners of Daily Times and organizers of the Pageant.