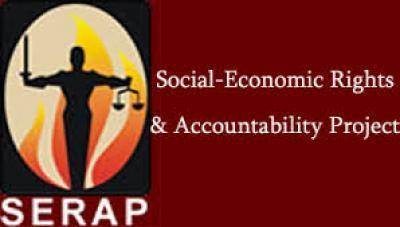 The Socio-Economic Rights and Accountability Project (SERAP) has given the Federal Government a seven-day ultimatum to disclose the exact amount of public funds stolen by and recovered from Sani Abacha, a former military head of state who died on June 4, 1998.

SERAP is also asking the FG to disclose details of how the recovered loots were spent, details of projects executed with the funds and their locations, details of companies and contractors involved in the execution of any of such projects, details of all the agreements on the loot, the roles played by the World Bank and other actors, as well as the implementation status of all projects since 1999.

“We are concerned that substantial part of the estimated $5 billion returned Abacha loot since 1999 may have been diverted, re-stolen or mismanaged, and in any case remain unaccounted for,” SERAP said in two Freedom of Information (FoI) requests sent to Zainab Ahmed, minister of finance, budget and national planning, and Abukabar Malami, Attorney-General of the federation and Minister of Justice.

“Publishing the details of projects on which Abacha loot has been spent would allow the public to know the specific projects carried and the areas of the country in which the projects have been implemented as well as the officials that may be responsible for any alleged diversion or mismanagement of the loot,” SERAP said in the FoI requests dated February 14, 2020 and signed by Kolawole Oluwadare, its deputy director.

SERAP said according to information available to it, a special panel set up on July 23, 1998 by Abdulsalami Abubakar, then military head of state, to probe Abacha stated that the late dictator stole over $5 billion between 1993 and 1998 when he was in power.

“Much of the stolen public funds have been returned to Nigeria,” it said.

SERAP said getting to the root of the exact amount of the Abacha loot and how the returned funds have been spent is important for the success of the government’s fight against corruption and would reassure Nigerians that the government is truly committed to ensuring full accountability for the alleged corruption and mismanagement in the spending of the funds.

“Any failure or refusal to provide the information requested will be clearly inconsistent with the letter and spirit of the FoI Act. The accountability of government to the general public is a hallmark of modern democratic governance, a norm of human rights and a tool to curb corruption,” SERAP said.