...As Gbajabiamila tells Service Chiefs to redouble efforts over insecurity 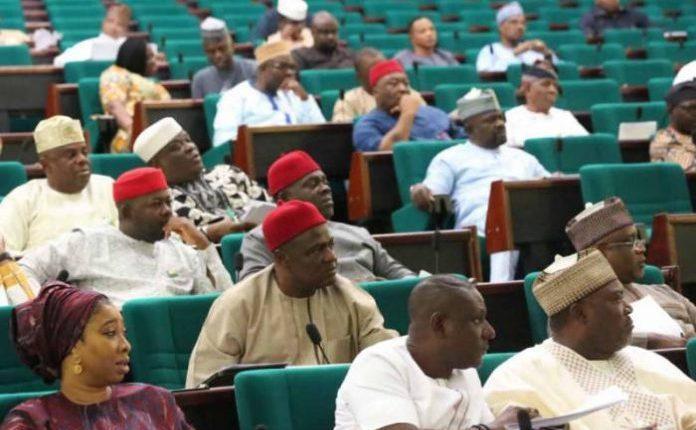 The House of Representatives has said that foreign governments were fuelling the insurgency in the country, and reiterated commitment toward tackling the activities of insurgents operating in the country.

The Chairman, House of Representatives Committee on Defence, Babajimi Benson, said this on Wednesday when he spoke with journalists at the end of a closed-door meeting with Service Chiefs, alongside his colleagues chairing committees on Army,  Navy, National  Intelligence and  Airforce.

Benson confirmed that the lawmakers discussed issues bothering on sponsorship of insurgents by foreign governments who are allegedly arming the insurgents.

“Yes, as I said, that is part of the things we discussed. There could be some truth in that. “Military issues are not things we should discuss in public but they raised a lot of issues that we must all sit down as Nigerians and discuss.

“One of them is that there is probably an international dimension to what we see. There is ISIS, there is ISWAP. These are things that we need to discuss in a very classified manner.

“But what we want Nigerians to know is that we are committed to them 100 per cent, to see that we assist the military and the Armed Forces and ensuring that this matter is put to an end within the shortest possible time,” he said.

While maintaining that the House had not rescinded its call for the resignation of the Service Chiefs, the Chairman said: “It is not a U-turn, but the most important thing that Nigerians want is the security of their lives and for their properties to be protected.

“That is the meeting we are having today. Sacking the Service Chiefs is a function of the Commander-in-Chief of the Armed Forces. The buck stops at his table.”

The House had last week called for the resignation of the Service Chiefs and also asked President Muhammadu Buhari to sack them if they did not resign as they have failed to address the security challenges confronting the country since 2015 when they were appointed.

Meanwhile, Speaker of the House, Femi Gbajabiamila had told the various Service Chiefs that Nigerians were on the necks of their representatives in the House over the security situation in the country.

He said although the Service Chiefs were doing a lot, the anxiety among Nigerians was enough reason for the military commanders to redouble their efforts, challenging them to take the battle to the criminals.

“I thought I should be here to encourage everybody that we’re all on the same page. We all know the situation in Nigeria today; we can’t hide from it; we can’t shy away from it. We cannot pretend that it doesn’t exist.

“We spent practically the whole day on Wednesday (January 29) discussing the security situation in Nigeria as expected. Simultaneously, the Senate was doing the same thing without us comparing notes.

“So, it was a natural reaction to what is going on in the country today. Back home, our constituents are on our necks. People are dying every day; they are dying callously in ways that you can only find in countries without security forces. But we know that you guys are doing a lot”, he said.

“We must think outside the box; we must take the battle to these criminals wherever they are‎. Like I said at the State House the other day, Nigerians are anxious, but I do understand the limitations of the Armed Forces,” the Speaker said.

Insecurity: Buhari must rise to the challenge or resign – Group