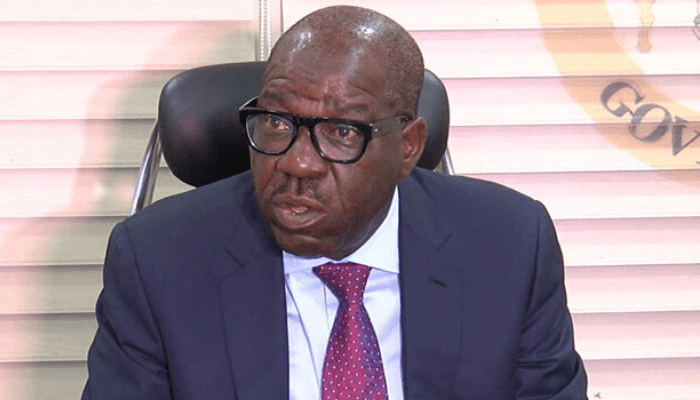 Edo State governor, Godwin Obaseki, has called for an increased private sector investment in sports development, noting that the move will complement the state government’s efforts in tackling insecurity, unemployment, illegal migration and other social vices in the society.

Obaseki, who was represented by his deputy, Philip Shaibu, noted that investment in sports development is crucial for job creation and wealth generation that would make youths self-reliant, adding that governments alone cannot continue to support sports.

Obaseki advocated that ten percent of private sector’s Corporate Social Responsibility (CSR) be invested to support sports development, noting, “The private sector must come and drive sports in Nigeria. They must begin to advertise products through sports. Our sports need urgent attention to compete with the leagues in Europe, as well as in athletics.

The governor added, “Sports is being used to preach against illegal migration, human trafficking and to curb social vices in our society.”

He called for more attention on female football, noting that sports have evolved overtime with more women doing excellently, noting, “Edo Queens have been doing greatly in the NWFL. The club did not get the kind of support Bendel Insurance got but they maintained stability in the women’s league. We therefore decided that Edo Queens and Bendel Insurance must be at par in terms of wages.”

Chairperson, Nigeria Women Football League, Aisha Falode, thanked the governor and his deputy for their open demonstration of love for women football in Nigeria.

According to Falode, the state-owned Edo Queens Football Club is the only club known in Nigeria and Africa where the players earn the same pay as their male counterparts in Bendel Insurance FC.

She called on other clubs to emulate the step taken by the Edo State government.

Falode also urged the state government to assist the Nigeria Football Federation (NFF) in celebrating 30 years of women football in Nigeria and by extension Africa.

In a goodwill message, the representative of the NFF President at the event, Emmanuel Ibah, lauded the Governor Obaseki-led government for its contributions to sports in the country.

He appealed for proper funding of the national women league, noting that good sponsors would make the women’s league the envy of other countries across Africa.

Seplat’s ANOH gas project to unlock over 1,200MW of electricity

W/African countries lost close to $2.3bn to piracy, other maritime crimes in 2yrs