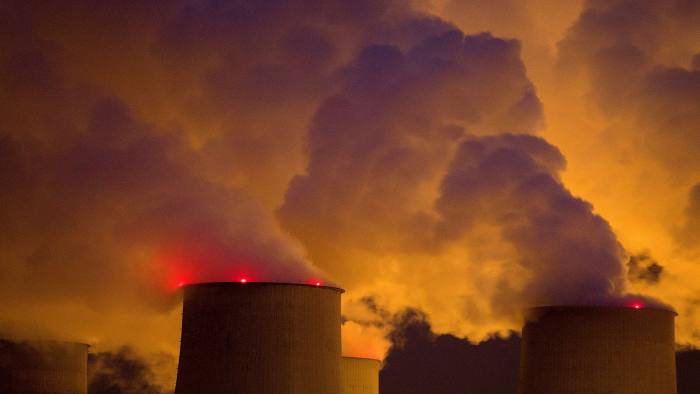 At a high-level segment during the on-going UN Climate Change Conference- COP25, the coalition of Finance Ministers for climate action launched the Santiago Action Plan that aims to accelerate their countries’ transition to low-carbon and climate-resilient economies.

The coalition, co-led by Finland and Chile, comprises 51 countries including Nigeria that accounts for 30 percent of global Gross Domestic Product (GDP).

“We will not achieve our climate goals unless we have unity and cooperation on a global scale to tackle climate change which is an existential threat to all of us,” said Patricia Espinosa, executive secretary of the United Nations Framework Convention on Climate Change (UNFCCC).

“Finance is at the heart of our economies and it must be at the very center of our efforts to transform them. It is the lifeblood of production and consumption worldwide and it must become the seed of a new global economy,” Espinosa said.

“Without it, a sustainable, greener world will be impossible,” she added.

The coalition of Finance Ministers for Climate Action was launched at the World Bank Group – IMF Spring Meetings in April 2019, with members endorsing six principles known as the ‘Helsinki Principles.’

Nigeria is among the countries that have endorsed the Helsinki Principles and the Santiago Action Plan.

Ignacio Briones, Minister of Finance, Chile, reaffirmed the political commitment of the Finance Ministers to climate change and sustainable development.

“We should never forget that when we talk about people and citizens it is not only related to the current generation but also about our children and grandchildren,” he further said.

The Santiago Action Plan launched detailed how progress will be made on each Helsinki Principles.

Under the plan, with individual countries’ national content recognised, Finance Ministers have agreed to work together by sharing best practices and experiences and initiating analytical work to support policy action to reach evidenced-based cost-efficient solutions.

“The time to come as a global community and accelerate the transition to low carbon and climate-resilient future is now. As Finance Ministers, we stand ready to do our part,” said Mika Lintila, Minister of Finance, Finland.

“Through the coalition and with this Santiago Action Plan, we can support the design of policies to help address climate change and deliver sustainable growth,” he added.

‘Customer experience is more than smiles, it’s about removing frictions’