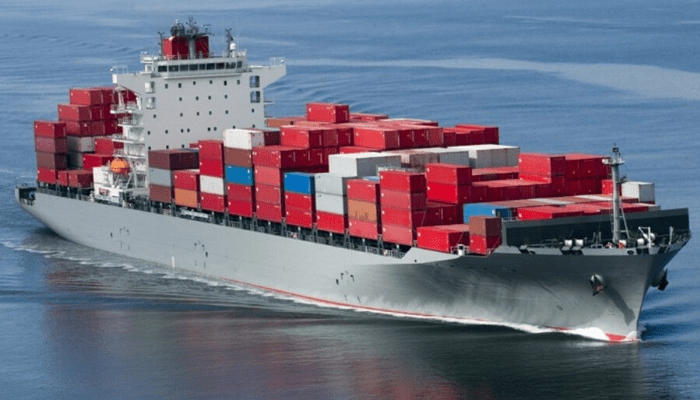 According to report obtained from FleetMon Explorer, an international news agency, a general cargo ship ‘Huanghai Glory,’ which left the Lekki Port, east of Lagos Nigeria on March 5, 2020, was reported to have been attacked and boarded by pirates at 1820 UMT some 85 nautical miles (NM) south of Lagos Nigeria.

According to the report, the ship and its 23 crew members (all Chinese) were said to have been under the siege of the pirates for about 24 hours after the matter was reported to the Nigerian authorities.

A patrol boat (NNS SPARROW) owned and operated by the joint team of Nigeria Navy and OMSL under the Safe Anchorage Area (SSA) of Lagos port rose to the occasion before the Nigerian Port Authority (NPA) and the Nigerian Maritime Administration and Safety Agency (NIMASA) could respond.

“The ship was drifting after attack, not responding to contact requests.”

The report stated that tracking process monitored showed that, “the ship started moving at around 1300 UTC March 6, after about an hour went adrift again. As of 1500 UTC March 6, the ship was still adrift or moving at slow speed.”

It however explained that, “Nigerian Navy patrol boat NNS SPARROW approaching – in nearly 24 hours after alert, in vicinity of Lagos.

“The ship left Lekki port, east of Lagos, understood on March 5, though AIS track looks somewhat different with positions and time not exactly fitting in the story.

While the news agency did not explain further the details of the patrol boat NNS SPARROW that rescued the ship and its crew members, but investigation confirmed that it belonged to OMSL, as it is part of the vessels purchased by the firm and hitherto deployed to the Lagos water coast in assisting the Nigerian Navy to carry out patrol operations as part of the SSA agreement.

Recall that the move was perceived by some industry stakeholders as an attempt to further increase the level of unemployment in the country as well as frustrate a noble ideal put in place to secure the nation’s maritime space, especially the Lagos port from embarrassing situations such as what occurred recently.

Furthermore, finding shows that the ship ‘Huanghai Glory,’ is not under any contractual agreement with OMSL before it offered to intervene on the platform of national interest.

A source at the firm, who confirmed the incident, said, “The vessel is not our client but the Navy beckoned on us to assist considering the amount of bureaucracy it would take for them to execute.”

Speaking on the development, a Lagos-based freight forwarder, Mark Okonkwo, who claimed to be aware of the incident, noted that not for the swift intervention of the OMSL rescue vessel Nigeria would have once again come under negative publicity.

He, therefore, enjoined the port regulators to shield their swords and allow for private sector participation in the security of the nation’s seaports, saying OMSL should be encouraged to set up same security outfit with the Navy in the Warri and Bonny areas, which have now become a pirate zone.

COVID-19: Make food, water and light available as you…