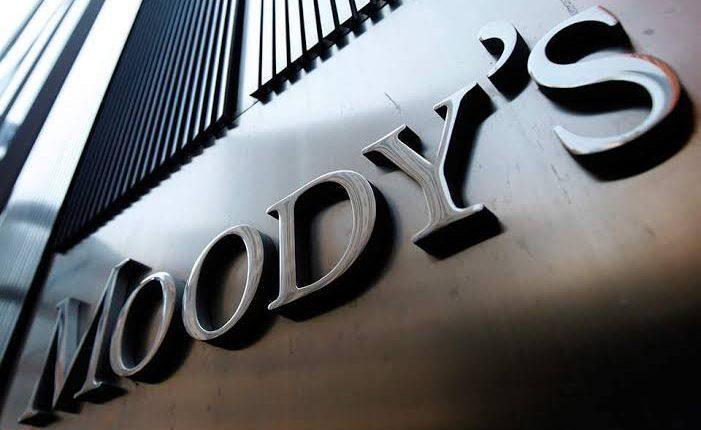 Three days after the World Bank warned Nigeria is threading a disastrous economic and social path, Moody’s the global rating agency has changed the outlook on Nigeria from stable to negative.

The change of outlook to negative was informed by the increasing fragility of Nigeria’s public finances and sluggish growth prospects, said Moody’s.

It noted the increasing fragility of Nigeria’s public finances which it said was evident in the greater reliance by the government on financing from the Central Bank of Nigeria (CBN) over the last three years to cover persistently large fiscal deficits, with CBN cash advances reaching 2.5% of GDP on a net basis at the end of September 2019, in addition to government debt instruments held by the CBN worth 1.4% of GDP.

In a statement made available to BusinessDay Moody’s said

In its alert to investors around the world, Moody’s warned that “as pressures mount, there is a risk that the Nigerian government resorts to increasingly opaque and costly options to finance a moderate but rising debt burden.

“Moreover, vulnerability to an adverse change in capital flows is building in light of Nigeria’s increasing reliance on foreign investors to fund the country’s foreign exchange reserves.

Moody’s expects general government revenues to remain very low at around 8% of GDP until 2022, despite measures to such as the VAT rate increase to 7.5% from 5% in 2020. Consequently, debt affordability will remain weak, with general government interest payments at around 25% of revenues in the next few years.

The administration’s focus on increasing infrastructure spending from very low levels will further exert pressure on fiscal deficits even if it is likely that much-needed capital expenditure will continue to be under-realised compared to the budgets, as capex is curtailed in order to contain the overall budget deficit.

In general, Moody’s expects real growth to remain weak, at just over 2% over the next few years. The economy has yet to fully recover from the oil price shock of 2015 and the subsequent recession in 2016; real growth remains below population growth, denoting an erosion in incomes from already low levels. This low growth environment makes achieving the government’s objectives of job creation, improvement in social indicators, and fiscal consolidation via increased revenue collection highly challenging. The implementation of economic policies to sustainably boost real GDP growth would alleviate some of the negative credit pressures.

Moody’s which maintained its B2 credit rating, said the “decision to affirm the rating at B2 recognizes a combination of credit strengths including the country’s large and diversified economy supported by vast oil and gas endowments, notwithstanding persistent credit weaknesses such as its very weak institutions and governance framework and in particular poor public finance management.”

In order to attract foreign investors, Nigeria is paying high interest rates on these certificates.

According to Moody’s “this policy is very costly, and with consequent impact on the yields of other government financing instruments. Importantly, the large holdings of foreign investors make Nigeria’s external position vulnerable to an adverse change in investor sentiment that could quickly materialize given the short-term nature of the instruments.”

These stocks still deliver positive returns despite talks of slowdown

Senegal claims rapid improvement in pioneering use of anti malaria against…

Senegal claims rapid improvement in pioneering use of anti…