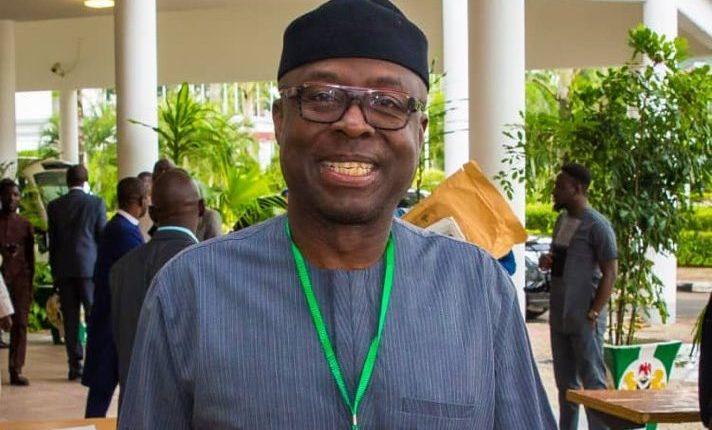 Adebayo while thanking President Muhammadu Buhari for the appointment also urged the new appointee to pilot the affairs of the agency with transparency and open-door policy that will accelerate Federal Government’s target for economic zones across the country, especially in the area of job creation.

The Minister in a statement issued on Tuesday by his Media Assistant, Julius Toba-Jegede, said the President’s approval for the new Managing director was given in a letter addressed to the Minister, dated 26th June, 2020 and signed by Prof. Ibrahim Gambari, the Chief of Staff.

He also charged him to improve on the legacies of his predecessors and carry the staff along in the day-to-day running of the agency.

The Minister who expressed confidence over the choice of Adesugba said his wealth of experience coupled with his academic exposure would add value to the attainment of NEPZA’s core mandate.
Adesugba, an accomplished specialist in Investment Promotion and Economic Development, is a lawyer and a professor of Business Administration at the Rogate College, Dublin, Ireland, with long years of experience in the private sector development and institutional reforms.

Until his appointment, he was the Legal Adviser to the National Association of Chambers of Commerce, Industry, Mine and Agriculture (NACCIMA). He also lectured Investment Promotion at the Baden International Business School, Switzerland and is a visiting Professor at the American University of West Africa, Banjul Gambia.

PDP demands Magu’s step aside till proven not guilty