…as commercial banks, schools, businesses shut for fear of strife 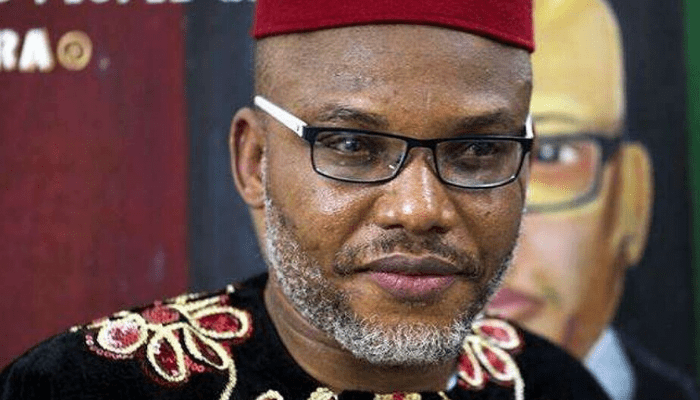 The funeral of His Royal Highness, Eze Israel Kanu and his wife, Ugoeze Sally, the traditional ruler of Afaraukwu Community, in Umuahia North Local Government Area of Abia state, which took place on Friday, was conducted peacefully.

Eze Israel Kanu and his wife, Sally, were THE biological parents of Nnamdi Kanu, leader of the Indigenous People of Biafra (IPOB).

Heavy deployment of soldiers and policemen to Umuahia and the subsequent show of force, by soldiers in Afaraukwu, a few days before the burial, created unnecessary tension in Abia State and especially, Umuahia, the state capital and Aba, the state’s commercial hub.

Consequently, commercial banks, businesses and schools were shut, Friday in Umuahia, while most business owners in Aba did not open for business and private schools urged their pupils and students to stay away from school for their safety.

Uchenna Madu, leader of the Movement for the Sovereign States of Biafra (MASSOB), in an interview with the press at the funeral, blamed Ene Okon, Abia Police commissioner for the tension created over the burial.

In his words, “We are here to pay our last respect to Nnamdi Kanu’s parents, Eze Isreal Kanu and his wife, Ugoeze Sally. It is a traditional burial, not a Biafra activity. You can see that everywhere is peaceful. I blame the Commissioner of Police, Abia State for the tension over the burial. But we assure that there will be no problem”.

There was a heavy presence of policemen, Thursday, at the command’s headquarters, ready for action during the burial.

This is also as Ene Okon, Abia Commissioner of Police, ordered the removal of Close Circuit Television installed, by unknown persons, around Isiama Afaraukwu, Umuahia, ahead of the burial of Eze Israel Kanu and his wife Sally, thereby fuelling speculation of a negative plan by the police during the burial.

Okon, while addressing elders of the three communities that make up Afaraukwu, at the headquarters of Umuahia Police command, assured that the police had made plans to provide adequate security before, during and after the burial.

He maintained that the state police command was ready to provide security during the burial of the monarch and his wife, adding that he had no plans to scuttle the burial.

He said, “I invited the elders of the Afaraukwu communities to tell you how prepared we are for the burial of the deceased monarch and his wife.

“I’m sure that the community selected February 14, as the burial date for the King and his queen to indicate the love they have for each other and I commend you for that.

“I want to assure you that we are prepared to provide security, during the burial of the monarch and beyond; but the police, would not fold its arms and watch any group truncate the peace of Afaraukwu and Abia State in the name of IPOB, which is a proscribed organisation”.

Okon urged the elders to warn the Leader of IPOB, Nnamdi Kanu, to desist from playing propaganda with his parents’ burial.

“We are aware through intelligence that many IPOB members had arrived at Kanu’s home, on Wednesday night”.

“But we advise him to let them remain in his house and if he wants them to bury his parents, let them do that within his compound, while the elders sit down and watch them. Let them and posterity judge that”, he stated.