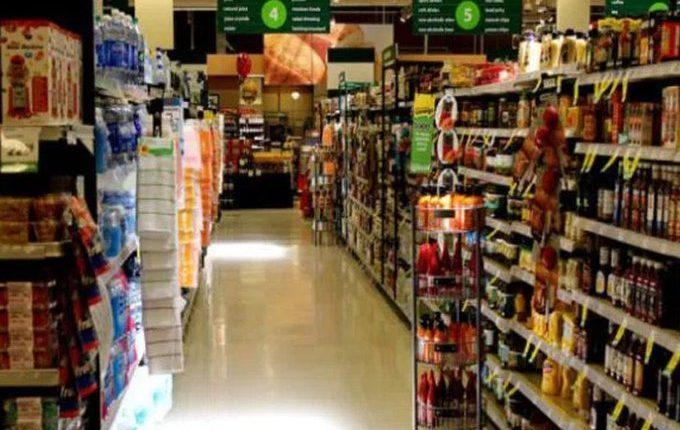 Share
Residents of Ilorin, the Kwara state capital on Thursday trooped out to buy foodstuffs and stock at home as the closure of markets order by the state government to curtail the spread of Coronavirus in the state will take effect on Friday.
Raliat Ibrahim, a foodstuff seller at Central Market, popularly called Oja Oba, expressed joy over the influx of buyers, saying “it is really a progressed market for me today. People have been coming since morning to purchase rice and beans in bags, even spaghetti and other consumables like groundnut oil, palm oil is been sold in kegs.
“It is blessing because I have realised extraordinary sales today. We pray God will help and protect us  from the outbreak and those that are affected survive it.”
Also speaking with BusinessDay Correspondent in Ilorin, Kwara state, Bukola Imam, who disclosed she spent about thirty-seven naira (N37.000), on foodstuffs bought for the closure of markets, he however lamented that “the situation now is worrisome. The market will be closed from tomorrow (Friday), there won’t be vehicles and other limitations for the period we don’t know when is going to end.
“I bought this for about N37.000 and it may not last for a long time. I pray for God’s intervention because only Him can guard us against the deadly virus called Corona.”
It will be recalled that the State government on Wednesday ordered the ban of the commercial transportation of all means, closure of all religious centres and major markets in the state as part of efforts to prevent the spread of Coronavirus into Kwara state.
Kayode Alabi, the Deputy Governor, who is also the Chairman, Technical Committee on Covid-19, explained that the development became imperative in order to protect the lives of the residents of the state, saying: “the lockdown of the state would curb any invasion of unsuspected members of the public that may likely invade the state through commercial operators from the neighbouring states of the federation.”