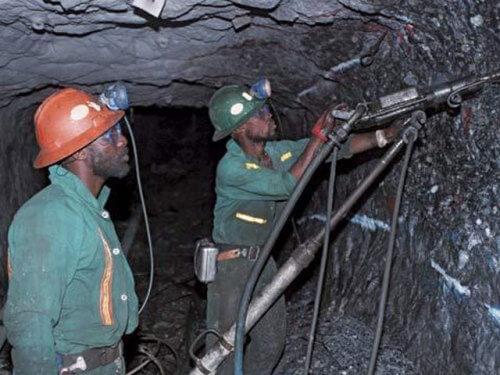 The Federal Government plans to generate N20b in revenue from the mining in 2020 on the back of reforms that have been implemented in the sector, it said Wednesday.

This target, if achieved, would be four times higher than what the county earned from mining last year, Olamilekan Adegbite, the Minister of Mines and Steel Development said.

The Minister spoke in Abuja during a presentation ceremony of the ministerial committee from the mineral sector on revenue optimization report.

Adegbite said that two major mandates of the committee is to create employment and widen the revenue base of government.

Adegbite revealed that revenue collected by Federal Mines Officers (FMO) in states and one like Lagos amounts to N30million  yearly, making the target of N20 billion feasible.

The minister implored the committee to make improvements in revenue generation compared to the past and earmark N20 billion at the end of 2020.

“So if we are able to fulfil this, we would have scored 50 percent and that is the pass mark. Everybody can see the quantum leap from what we made this year because this year we have made 5billion which is an improvement over the past which is the highest so far, but I don’t want this increment anymore.

“From 2.8 to five-point something. Let’s look by the end of this year we can do 20b naira. That would be four times better than what we got last year,” he said.

“That is average of 2.5 million a month and we don’t have an FMO there if he’s making that a month. A lot of construction work is going on in Lagos. Sand is being used. So apart from sand dredging, you can’t tell me you are making 2.5 million every month. So either somebody is not doing his work very well or something is wrong somewhere. So I’m sure all these have been dealt with in the recommendation of this report.”

The report had revealed that the FG, Central Bank of Nigeria (CBN) and Nigerian Customs Service(NSC) are proposing to introduce pre-shipment inspection and issuance of Clean Certificate of Inspection (CCI) on all mineral commodities due for export.

The move the committee informed should be done by an appointed Agent in line with the provisions of the Pre-shipment Inspection of Exports Act No. 10 of 1996 Cap. P25 L.F.N. 2004.

The Committee, headed by the Minister of State for Mines and Steel Development, Uchechukwu Ogah, advised that the ministry should engage the services of N-power beneficiaries and NYSC members to assist in monitoring of mineral production activities nationwide.