2019 Budget: No allocation for constituency projects to justice ministry 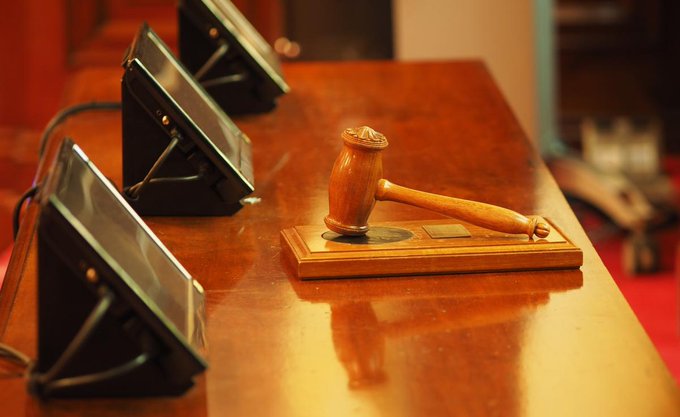 Share
The Federal Ministry of Justice has zero allocation for an alleged constituency or zonal intervention projects in the 2019 approved budget, the Permanent Secretary of the Ministry and Solicitor General of the Federation, Dayo Apata, SAN has said.
In a letter dated 3rd December 2019 addressed to the Chairman, Independent Corrupt Practices and other Related Offences Commission (ICPC),  Apata,  described media reports on the matter as erroneous and misleading vituperation of vilification.
This is contained in a statement issued by Dr. Umar Jibrilu Gwandu, Special Assistant on Media and Public Relations, Office of the Attorney-General and Minister of Justice and made available to newsmen in Abuja on Wednesday.
According to the letter, “the attention of the Honourable Attorney-General of the Federation and Minister of Justice has been drawn to a publication in a national daily on Monday 2nd December 2019 wherein the Federal Ministry of Justice was alleged to have inserted the sum of N2.7 billion in its 2019 Appropriation for Community Projects.”
The report, according to the letter, prompted the “reaction and rebuttal of the said misleading publication and to as well avail you the authentic data at our disposal which is in harmony with the 2019 Appropriation by the National Assembly for the Ministry,” he said.
The Permanent Secretary said for the avoidance of doubt, it was of paramount importance to state categorically that the Federal Ministry of Justice has no constituency project in its budgets as a Ministry.
He added that after a thorough investigation on the matter, the Ministry came to realized that two agencies under its supervision; the National Agency for the Prohibition of Trafficking in Person (NAPTIP) and National Drug Law Enforcement Agencies (NDLEA) have provisions for constituency projects due to their statutory functions.
While NAPTIP was allocated N110m, NDLEA has N766.46m which amount to N2.1b as against the N2.7b as mischievously exaggerated by the media.
“It needs to be reinstated for emphasis that the Federal Ministry of Justice, in its own right, has no allocation for constituency projects in its 2019 budget. The budgets of statutory parastatals under its supervision in that respect was unduly overblown”.
It is imperative to state that the stated amount is not contained in the 2019 budget of the Ministry of Justice and the attention of the Ministry was never aware of such allocation.
“The intendment of the letter is to substantially establish that the sum mentioned in the aforesaid publication is at variance with the statutory allocation of the Ministry in the 2019 budget”.
“Unfortunately upon the said publication, this office was inundated with a series of inquiries, questions and news reporters requesting for clarification. It would have been more appropriate if your good office had first sought our clarification on the issue before going to the press”.

Taraba Assembly passes vote of confidence on Gov. Ishaku amidst calls for…

Cracks on the Rock

Search for the next Interswitch SPAK 3.0 national science champion commences

EFCC asks court to relist Babangida Aliyu, others for money…