We will all miss the office if it dies 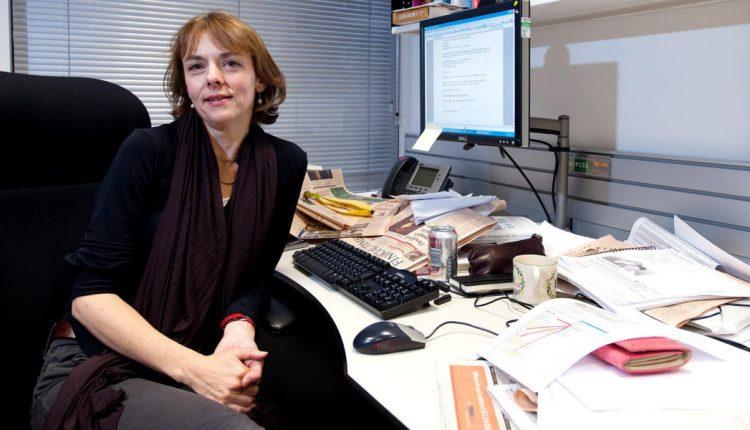 On my last day at the Financial Times in July 2017, the doorman who had greeted me every morning for the previous two decades enfolded me in a substantial embrace.

Take care Luce, he said. I had been dry-eyed during the farewell speeches but this undid me. I pushed through the revolving doors for the last time, stood on the street outside and wept.

Offices, it seems, are now in mortal danger, rendered too expensive and too dangerous by Covid-19. For a quarter of a century, people have been confidently and wrongly predicting their demise — I remember Terence Conran telling me in the early 1990s that soon people would stop working in offices — but this time it may well be for real.

If so, office workers everywhere should stand in the street and weep at what they are losing.

For 36 years I worked in an office, and for the last 25 I wrote about them. The office was a mainstay of my life.

It not only provided me with a place of work and material for articles, but gave me routine, structure, amusement, purpose, many friends and a refuge in times of trouble.

It was where I went to pass my days. The office was my rock. I am well aware of the charges levelled at the office but am swayed by none of them.

Offices are said to be inefficient, expensive temples to corporate vanity (which fell out of favour in 2008) and Petri dishes for pointless tasks.

Workers commute to offices to use technology that they could use at home. The places are overcrowded, full of distractions, encourage presenteeism and, worst of all, infantilise workers with their bean bags and football tables.

I used to be slightly sympathetic to the argument that in an office it is easy to waste a whole day in dull meetings. But now I don’t even accept this: the thought of sitting around a real table with real people — and some decent biscuits — discussing solvency ratios (or anything at all) seems pretty attractive from where I sit now.

My love for offices may be partly because I was introduced to them in the 1980s, at the end of the golden age — pre-technology, pre-uniformity, pre-health and safety.

It was a time of cast-iron typewriters, smoking at your desk, heavy drinking at lunchtime, canteens selling spotted dick, tea ladies and cake trolleys.

But what I really remember are characters such as the high-functioning alcoholic in the dealing room at JPMorgan who started each day by taking a nip out of his hip flask and then applying a coat of liquid shoe-shine to his already shiny brown shoes.

There was the accomplished journalist at the Investors Chronicle who dressed like a tramp and would kip down for the night under his desk. Offices were full of shouting, brawling and bottom-pinching. It was sometimes nasty, mostly funny and never dull.

Modern offices, by contrast, are usually dull: quiet, boozeless and impersonal with their ergonomic chairs, glass-walled meeting rooms and half the people working from home. But, even so, we need the office as much as ever.

The most important thing — which should make the office less an employer’s white elephant than its biggest bargain — is that it gives work its meaning.

Most of what passes for work in offices is pretty meaningless, and the best way to kid yourself it matters is to do it alongside other people intent on doing the same. Even in interesting jobs like journalism, meaning comes largely from physical proximity to your colleagues.

After six weeks of writing in her own bedroom, one friend reports: “I’m churning out the same old articles as before, only now I no longer give a crap”.

Without an office, without a body of people beavering away at the same place and time, it is hard to know how a company could ever create any sort of culture or any fellow feeling — let alone anything resembling loyalty. The office helps keep us sane.

First, it imposes routine, without which most of us fall to pieces. The uptight schedule of most offices forces even the least organised person to establish habits.

Even better, it creates a barrier between work and home. On arrival we escape the chaos (or monotony) of our hearths; better still, we escape from our usual selves.

Having two selves with two different outfits and two ways of being is infinitely preferable to having just one: when you get tired of your work self, return to your home self. Offices are also the funniest places in the world.

The flipside of the idiocy of management is the hilarity and cynicism of workers. I remember the merriment when a past CEO sent us an over-the-top motivational New Year memo saying, “what fires me up is knowing that each of you comes to work every day ready to do something miraculous”.

Gleefully, we sat around and tore this to shreds. A miracle per person, per day? Even Jesus Christ couldn’t manage that. When cynicism failed, there were always pranks.

I remember being called one morning by an incandescent CEO about a critical article I’d just written on his company. I prevaricated, oblivious to the fact that the caller was not the CEO but a colleague ringing from the other side of our office — much to the amusement of everyone else. In time, I forgave him.

Almost 90% of SMES in Africa fear end to their business

Eid-I-Fitri: Cleric admonishes Muslims to pray for end of COVID-19 in Nigeria

Eid-I-Fitri: Cleric admonishes Muslims to pray for end of…