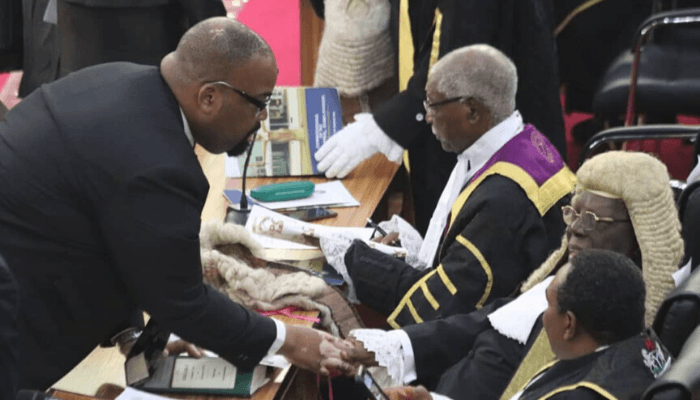 Honourable Justice Zainab Bulkachuwa, who is scheduled to retire on March 6, 2020, had led her team of learned Justices and other dignitaries to Awka, Anambra State to commission the 18th Division of the Court of Appeal, in the company of His Excellency, Willie Obiano, the Executive Governor of Anambra State.

Speaking about the impact of the new divisions of the Court of Appeal. Olumide Akpata, Senior Partner at Templars, and former Chairman of the Nigerian Bar Association Section on Business Law, who was present at both events, expressed excitement at what he described as great milestones in the quest for achieving a speedy and efficient justice administration system in Nigeria.

According to Mr Akpata:

“I wish to heartily congratulate members of the bench and the bar on the epic milestone that has been achieved this week in our justice delivery system. My sincere thanks also go to the amiable Governors of Delta State and Anambra State, for the very key roles that they played in ensuring the actualization of Asaba and Awka Divisions of the Court of Appeal. This is good news because it instills confidence and hope that disputes will be resolved more speedily than in the past”.

Before now, Delta State was under the coverage of the Benin Division of the Court of Appeal while Awka was under the coverage of the Enugu Division.  Mr Akpata remarked that this arrangement not only translated to a lot of work for Their Lordships in the Benin and Enugu Divisions of the Court but also entailed huge expenses for legal practitioners as well as litigants outside Edo and Enugu States who had to embark on long and tortuous journeys in order to attend court. So “these new divisions of the Court of Appeal is a very welcome development, and I am certain that they will go a long way in decongesting the dockets of the Benin and Enugu Divisions of the appellate court and enhancing a speedy dispensation of justice”, Akpata said.

Continuing, Akpata said, “while we are celebrating these achievements, it should not be lost on us that there is still more to be done in our judicial system in order to get us to the preferred destination.  For instance, it is important to emphasize that we live in a digital age where information and communication technology is being deployed around the world as a tool for achieving efficiency in the delivery of justice. Therefore, the bench, the bar and all other stakeholders must embrace modern technology by ensuring that our courts are equipped with the full complement of ICT facilities, and our judges continuously trained on how to use these resources.

“We have not yet attained our quest for a society where justice is dispensed efficiently, but we are certainly on track to that destination and I hope that, together as stakeholders in this system,we can put in the right efforts and policies to consolidate the achievements that we have seen this week in Asaba and Awka” Akpata concluded.

In another development, Olumide Akpata has raised his voice in condemnation of police brutality across Nigeria.

Disheartened by the abuse of a lawyer, Ibangah Goodness, Esq.  the bar leader described the continuing acts of abuse by the police as horrible and inhumane.

According to a report made to the Nigerian Bar Association, the victim was rascally abused and beaten to a critical condition where she nearly lost consciousness. the report revealed that act was done to the victim while she was on official duty for WACOL, a Non-government Organization in Enugu, by men who are believed to be officers of the Nigerian Police Force.

In his words, Akpata said, “I categorically condemn in entirety the actions of the Police officers and call on the Commissioner of Police, Enugu State Command and the Inspector General of Police to take expedient actions in bringing these culprits to book. I call all national and international organizations, civil societies and all lovers of human rights, specifically, women rights, to take a stronger stand against this form of abuse and attack on Ibangah Goodness as a person and women in general.

“To my colleagues in the Bar, it is no longer time to keep quiet in the face of harsh treatments like the one meted against our colleague in Enugu. Today, it is in Enugu, today, it is against Ibangah Goodness, Esq, tomorrow, no one knows who it may be; it may be you or I. I would not wish this ill act to be done on anyone talk-less of it being done against a member of this noble profession.  Justice for one is justice for all. I, Olumide Akpata stand against any form of violence against women, he said with a note of finality.

He wished the victim, Ibangah Goodness, a quick and healthier recovery.