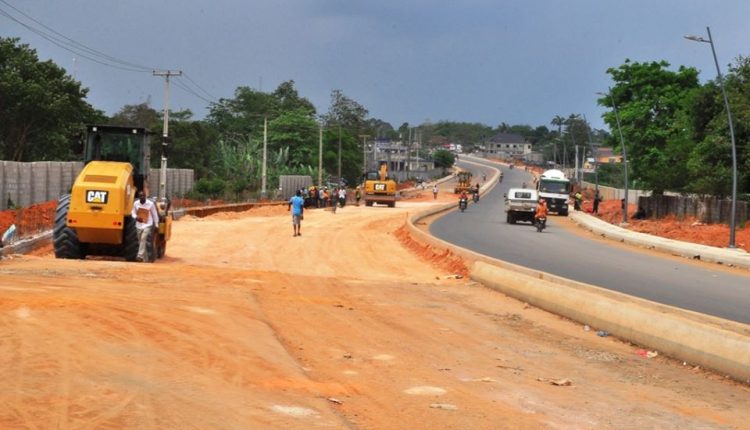 Minister of works and housing, Babatunde Fashola, has informed that the focus of the 2021 Budget Proposal of the Ministry remains the completion of 711 ongoing road infrastructure in six geopolitical zones of Nigeria.

The minister, who stated this during the presentation and defence of the ministry’s 2021 Budget before the Senate Committee on Works, said given the wide disparity between the Ministry’s liabilities in unpaid certificates and the volume of road projects, it had become imperative for the Ministry to prioritise its 2021 Capital proposal in order to make appreciable impact in road infrastructure development.

Fashola explained in a statement issued on Thursday that the Ministry was currently undertaking a total of 711 Highway Projects spread over the six geo-political zones of the country.

Speaking on Highway Projects financed with the Sovereign Sukuk Fund, he said the Ministry was financing a total of 44 roads and bridges across the country using the 2020 Sovereign Sukuk issuance.

The roads are mainly dual carriageways on the major arterial routes A1 to A9 on the Federal road networks.

On the 2021 budget proposal, he said the Ministry’s focus remained the completion of some priority road projects, especially those on routes A1 to A9, saying these roads and bridges lead to ports and major agricultural hubs across the six zones of the country.

To this effect, the president has repeatedly emphasised the need to focus budget on completion of projects, he said, saying, “Therefore, the Ministry has given priority first to about 18 road and bridge projects that have attained some appreciable level of completion. We are focusing on roads that have attained 70 percent completion levels.”

He therefore appealed to members of the National Assembly and other well-meaning Nigerians to build a national consensus as adults to stop the agitation for new road projects, but to agree on completion of ongoing road projects that cut across the six zones of the country due to budgetary constraints.

On the impacts the proposed 2021 budget would have on the economy and its citizenry, he said: “In order to enable the Ministry make a significant impact in the improvement of the Federal road networks to boost economic activities and create jobs, it is imperative to improve the funding of Highway Projects by releasing funds for the projects under the Amended 2020 Budget to defray the outstanding payments.”

He also appealed that budget ceiling for Highway Projects in the 2021 budget proposal be made to cover the execution of works during the year as well as leveraging on other alternative funding sources like the Sukuk Bond and the PIDF.

Earlier, in his opening remarks, the chairman, Senate Committee on Works, Adamu Aliero, said although budgetary allocation to the Ministry remained one of the highest, but was not enough looking at the humongous work to be done on the nation’s roads and the current debt profile of the Ministry.

The chairman assured the minister that the Committee would continue to work with the Ministry to ensure it succeeded, noting, “The Committee is poised to work in line with the principles of the 2021 Budget. We will strengthen the outcome of our oversight duties.”