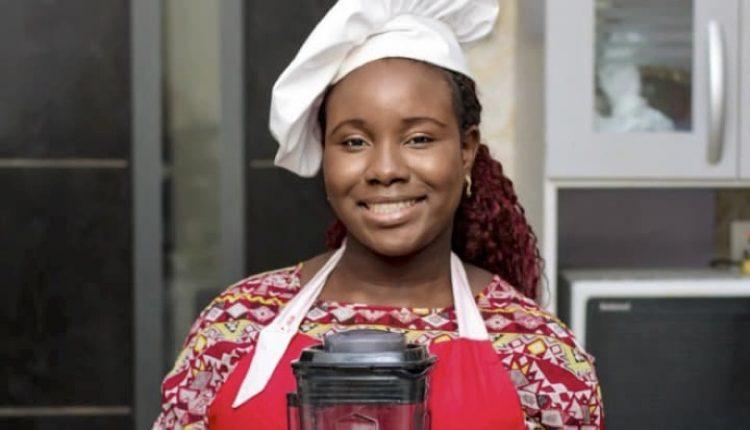 Many children are still grappling with what they wish to become in the future, but the 12- year-old multilingual Jessica Douglas-Jombo, currently in junior secondary school, has found her passion in the culinary world and is working assiduously at it through the help of her parents.

The kidpreneur is making money with her culinary skills, having authored a book to encourage other children to take up cooking as a career in the future.

According to Jessica, whose brand name is  CookingwithJessie, it all started when her parents  noticed her admiration for cooking each time her mother prepared the family meals in the kitchen. Her uncanny ability to remember the recipes and reproduce them all by herself at an early age marveled her parents.

On seeing this ability, her parents decided to harness and encourage her. Their efforts led to the creation of a cooking channel on YouTube called ‘CookingwithJessie.’

“I use this channel not only to express my culinary prowess, but also to educate other children to love, learn and see the art of cooking as not a skill for only adults, she says.”

Her parents are her first role models as they have spared nothing to give her the push. She also mentions Gemma Stafford, Siba Mtongana and Ozoz Sokoh of  Kitchen Butterfly as people she looks up to.

Explaining the progress she has made so far, the kid chef says with the assistance of her parents, she has been able to write an e-book on her culinary journey aimed at inspiring other children to hop into the interesting culinary world as well to prompt parents to have confidence in their children and allow them to cook.

She explains that her book can be found in her Instagram bio with the title ‘Becoming A Genius in the Kitchen’ where she shares tips and lessons from her cooking journey. It was launched on the 1st of July to mark her 13th birthday.

On the type of recipes she loves to make, Jessica says she likes to prepare African delicacies, especially Nigerian cuisines. She presently has home-made granola, different variants of tea, jams and other products she puts up for sale.  She also has live teaching classes for children who want to build their cooking, camera and speaking confidence.

Jessica reveals that she is a United Nations Sustainable Development Goal 2 champion, promoting Zero Hunger and ensuring that children in her neighbourhood go to bed full and not hungry. She says she does this through her Tripple J Foundation, where food, toys and books are donated to kids. Donations were made by the organisation during the Covid19 lockdown and Children’s Day.

She says her cooking channel has given encouragement to parents, some of who now allow their wards to explore cooking. This has generated loads of positive feedback, making her a role model to most kids and adults.

On her advice to parents, she says, “I want parents, just like mine, to believe in their kids and allow them grow wings to fly. Most parents are overprotective and never allow their kids to explore or even create opportunities for them.”

She admonishes parents to remove all stereotypes and allow their kids the opportunity to pursue their dreams, giving them necessary support.

The 12-year-old calls on government to do more for children in Nigeria by giving out scholarships as well as support to vocational learning in secondary schools.

Jessie cautions other children to be focused, not waste their time on the social media but make the best use of it with parental guidance.

“Children should go all out to chase their dreams, be bold and know that they can achieve anything they choose to do with the support of their parents.”