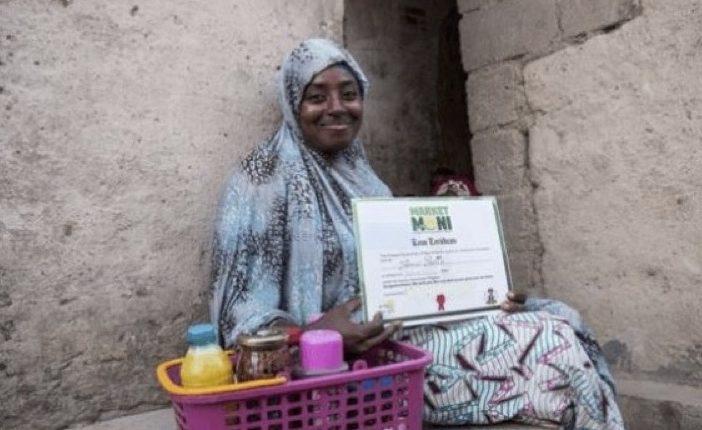 It is indisputable that the Government Enterprise & Empowerment Program (GEEP) came at the appropriate time. Numbers do not lie and they accentuate why an intervention programme like GEEP is most critical at this moment.

A recent report done by the National Bureau of Statistics (NBS) said that 82 million Nigerians live on less than $1 per day, representing 40 percent of the population. Other reports put the number of Nigerians living in want at 87 to 100 million. The majority of Nigerians in this class are petty traders whose capital is below N10,000.

These Nigerians live from hand to mouth and require little intervention to escape from poverty.

A 2019 report by the National Bureau of Statistics (NBS) and the Small and Medium Enterprises Development Agency (SMEDAN) shows that over 95 percent of Nigerians doing business in the country are in the category of micro, small and medium enterprises.

In fact, the report says that out of 41.5 million MSMEs in the country, micro businesses make up 99.88 percent.

With these glaring statistics, the government cannot fold its arm and watch—which is why it introduced GEEP to cater for these Nigerians at the bottom of the pyramid.

“Little interventions like that might seem small, but the impact on an ‘akara’ balls seller, ‘moi-moi’ seller and other petty traders can be unimaginable,” Ike Ibeabuchi, CEO, MD Services Limited, a chemical manufacturing outfit, said.

The Government Enterprise & Empowerment Program (GEEP) was set up to start the economic revival from the bottom of the pyramid by providing access to credit for Nigerians who contribute to the economy but have been neglected over the years.  Tradermoni, Marketmoni  and Farmermoni are part of the GEEP project. They have all together provided loans ranging from N10,000 to N300,000 to petty traders, artisans, small businesses and farmers. This has seen over two million Nigerians significantly receive boosts to their businesses. GEEP has been implemented in 36 states of the federation and the FCT with a spread of over 2,600 market clusters.

The COVID-19 has made GEEP a critical scheme as more Nigerians fall into the bottom of the pyramid due to impact of the virus.

However, the Bank of Industry (BOI) , which manages the scheme, has assured that the programme will help assuage the plight of many Nigerians, while also supporting their micro businesses.

On the other hand, beneficiaries have continued to speak about GEEP, commending the government for remembering them at this point.

Jumai Bello, a merchant of perfumes, air fresheners, scents and ointments in Bauchi has a testimony.

“I learnt about the GEEP Marketmoni scheme through my association, the Development Exchange Centre (DEC) in Bauchi State. In my business, I have people who help me sell. I keep detailed records of every product. I applied for the Marketmoni loan and I got a loan of N50,000. I have used the loan to purchase more raw materials for my scents in bulk rather than buying in bits like I used to. There is not much else to say but to thank the Federal Government for this programme. I hope to see more of this kind of people-oriented programs.”

Obinna Ogara, a beneficiary in Owerri, Imo State, said he was glad to receive N10,000 from the scheme, urging the Federal Government to keep up the scheme.

Mrs Amidu of Marna Market in Sokoto, also a beneficiary, said the scheme had made an impact on her.

“I sell local household utensils such as mortar, pestle, and calabash. The day I heard about Tradermoni, we just came into the market and we saw people registering fellow traders. We were curious so we had to go and ask the people registering what Tradermoni was about. The people registering told us it was a scheme by the Federal Government to empower traders and they asked us if we would like to register. We said ‘yes’ and we got registered. I was so sure that I was going to get the money and when I finally got the money, I told all my friends. I was so shocked because no government has ever come to our aid like this.”

SunTrust walks lending talk as 6 SMEs get 46m each