Doctoora: How a Nigerian start-up is re-defining healthcare service delivery 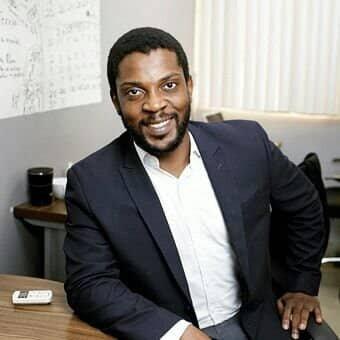 When Emeka visited Nigeria from Germany to spend the Christmas holiday with his family, he did not plan to come down with a fever – but he did. Unable to reach his doctor in Germany on phone, he was left with no other option than to visit a Nigerian hospital. To cut out the lengthy and unnecessary waiting time that was typical of Nigerian hospitals, he telephoned an old friend of his, a doctor, to help him schedule an appointment with any reliable doctor who could attend to him without much delay. As he drove into the building his friend had described to him over the phone, he was impressed with how serene the environment appeared and thought to himself how expensive their services would be.

Boldly affixed to the wall of the reception, as he made his way into the office was a signage that read “Doctoora.” “Good afternoon, Sir. Are you Mr. Emeka?” a young lady at the front desk asked. “Yes. I’m here to see Dr. Ron.” “You’re welcome, Sir. Let me take you to see him.” Dr. Ron would later tell me that Emeka was not only impressed with his consulting but with the facilities, ambiance and the flexibility of booking an appointment with a doctor without the usual hassle and long queues.

Doctoora e-Health Ltd, is a healthcare startup that connects patients, consumers and professionals to quality healthcare practitioners and their services. One could describe them as the “Airbnb” of healthcare delivery in Nigeria and it would not be out of place. Whilst Doctoora creates access and convenience for patients, it also provides economic opportunities for healthcare practitioners who are unable to set up their stand-alone private practice.

Founded by Dr. Debo Odulana, a young medical doctor who returned to Nigeria in 2011 after his studies abroad, Doctoora has grown from a two-bedroom apartment in Opebi, where it was launched in November 2017, to over 20 centers across Lagos and Abuja. “I remodeled the 2-bedroom flat where I was living in Opebi, kept a room for myself and used the living room and the guest room as the reception and consulting room. It wasn’t long after, that we had our first client.”

Debo left medical school with a drive to pursue a career as a neo-natal surgeon. He soon realised, however, that only a few of such procedures were happening in Nigeria and the experts were very few. He then opted to take job at St. Nicholas Hospital where he quickly rose to become the Quality Assurance lead at the hospital and was involved in the hospital management.

“I became more interested in stepping out of clinical practice to do more impactful things,” Debo said. “I felt like if I continued on my journey to becoming a neo-natal surgeon, I’d be a surgeon that doesn’t operate because there are very few centres which many Nigerians cannot even afford.” It was at St. Nicholas that he observed the three things that would inspire him to launch Doctoora.

First, he observed that St. Nicholas did not keep top consultants or surgeons on their payroll. They were only invited when they had cases that needed their expertise. Secondly, he realised that the hospital usually had excess capacity (in terms of bed space and consulting rooms) whereas several other hospitals, especially government-run hospitals, were grossly overstretched. His final observation was the waiting time for patients. Patients had to wait a while on several occasions before they could see a doctor. All three of these observations became the foundation upon which he imagined a blue ocean opportunity to create an excellent business model for healthcare delivery.

The idea to set up Doctoora did not catch steam until one afternoon in England when Debo and his partner Beatrix Wu (from Hong Kong) were approached by two Asians who wanted help with a business plan for an algorithm they had created for restaurants to sell tables at off-peak periods. Debo and Beatrix took up the challenge and, in the process, they learned something new about utilising excess capacity. It was then Debo decided to approach hospitals with spare capacity for partnership in a bid to connect more patients and doctors to such facilities.

He approached St. Nicholas where he had worked previously before resigning to pursue a master’s degree in healthcare management. They turned him down, as so did several other hospitals and investors. Undeterred, he and his team, including Dr. Shakira Saliu would work hard on several other market entry strategies. Not long after and with help from Debo’s uncle, they set up the second centre in Ogudu: a 6-bedroom duplex that was unused by his uncle.

Three months after the Ogudu centre was launched, Debo got into a German accelerator programme and was able to raise 35,000 dollars for the business from Co-Creation Hub (an innovation centre in Yaba, Lagos.). By the end of 2018, they had about 18 facilities running. The team got another 5,000 dollars from the Tony Elumelu Foundation and another 4 million naira from family and friends which put the business in a good position. Debo tells me that “we have now gotten the business to a point where we make about $1,000 monthly and investors are starting to see that we’ve got something good going. We now have a marketplace where people can buy a gym membership, food plans, fitness plan and so on. We are now seriously considering the medical tourism market as a new focus area.”

Dr. Kafayat Ogunsola, a consultant psychiatrist who runs a private practice and is creating a mental health bank through her organisation Empathy Space Consulting, came across Doctoora when she sought a place to meet with her patients without having to worry about setting up a clinic and dealing with all the overheads. “I have a great relationship with Doctoora and there has never been any issue with using their centre to meet with any of my clients. More so, their platform has offered me an opportunity to make an extra income.”

In December alone, Dr. Kafayat consulted for at least 30 patients using the Doctoora centre. Needless to say, she and other doctors who use the platform are allowed to set their consulting fees. All that is required of them is to pay a small rental fee to Doctoora for the use of the space. Dr. Debo and his team have certainly found a way for doctors in private practice to make extra income and for patients to meet with doctors at their convenience. His eyes, however, is now fixed on solving one of Africa’s biggest healthcare challenge: medical tourism.

How to turbo-charge your business through turbulent times (Part 7)