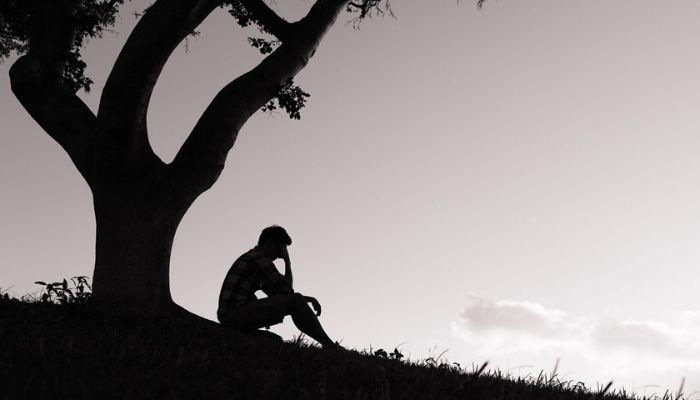 Permit me to be frank; what we need is not just more churches or more denominations but more godliness. And godliness is not bestowed upon you by your Pastor saying “God bless you” or by the name you bear. It is by being godly in heart and subsequently in behaviour.

God willing, I will continue to do what little me can possibly do to rejuvenate our society and to turn our hearts back to more civil behaviour. I look forward to that time when we can confess once again that good is indeed good and bad is bad; contrary to our insistence oftentimes that right is actually wrong and a criminal is in fact a saint.

I have to say here that it’s not even enough for our children to know right from wrong or good from evil. They need to be committed to doing good. This therefore makes it essential they be ingrained through education with the right values, so that they will at all times be fortified by conviction to do the right thing.

We need to put a stop to living in self delusion by miraculously expecting God to “bless” our evil machinations. He just doesn’t work that way, no matter how we try to spin it.

No, “blessing” your family and a handful of people around you while denying millions of their birthright doesn’t suddenly remove the garb of criminality off your back. Not to lie though, it’s quite difficult to blame the beneficiaries of such largesse entirely because we live in a society where all seems to be skewed against those who try to make a decent, legitimate income but is overwhelming in favour of those who don’t. Still though, this doesn’t in any way make it right and that is one odious anomaly and misconception that we urgently need to correct before we lose yet another generation. Let’s face it, ours is already gone and several coming behind us are on their way out too. And the adolescents? Yes, they still have a fighting chance but it certainly isn’t automatic. Only if we do right by showing them the correct way go.
Read also: Mind yourself
I’ve often felt there are certain fairly simple ways one can positively tweak the mindset of people. One, by itself may not be the panacea but together they could bring us closer to our promised land. Here’s one.

Lagos State government did well to introduce zebra crossings across the state some years ago, but I feel they could have been done better. First of all, because they are so few, it appears to be little more than cosmetics. And we know “make up” no matter how beautiful, will eventually wash off. Secondly, some are so poorly located, only a suicidal motorist would even attempt to apply his brakes for pedestrians to cross at that point.

There’s one of such on Mobolaji Bank Anthony Way, which everyone knows is essentially a highway. Anytime I attempt to stop for pedestrians crossing there I would look intensely at my rear view mirror to gauge the speed of the vehicles coming up behind me. If I stop, will they be able to stop on time? Am I putting myself in the firing line to be severely bashed? Could it ultimately result in a pile up? To improve on this campaign, such crossings should be everywhere but more sensibly located.

Your perspective simply changes when you no longer think the whole world revolves around you. Civility, better manners, recognition of the dignity of man and a keener sense of humanity begin to seep in

There should be a very clear signboard that can be seen from afar and which no reasonable and vigilant motorist can claim he didn’t see. The Zebra Crossing itself should be repainted on a regular basis so it’s clearly marked out. Last but not least they could be manned by an official, at least to start with. With time, they may no longer be necessary. We have many young and able bodied people out there who currently have nothing to do. Last but not least, a robust media campaign using television, radio and bill boards educating both the motorist of the need to abide by them and the pedestrian on how to use them.

Many pedestrians erroneously believe that as long as they cross the road within some meters of the Zebra Crossing it’s okay. Not at all. If the law here is modelled on that of the West, a motorist would only be held liable if he hits a pedestrian who’s actually on the Zebra Crossing, not near it. It should equally be brought to the attention of the motorist, just how grave an offence he would be committing if he was to hit a pedestrian on it. The incalculable value derivable from implementing this Zebra Crossing campaign is that it would incrementally result in us putting others before ourselves.

Subconsciously, we become aware that our immediate, individual interest is not the only one that matters, as this realization steadily drips into our minds over time, until it becomes fully ingrained. The thought process that takes place when you decide to put your interest on hold, even if just momentarily, should not be trivialized. With time, it would become part of you and this should spill over into other areas of your life. Your perspective simply changes when you no longer think the whole world revolves around you. Civility, better manners, recognition of the dignity of man and a keener sense of humanity begin to seep in. I hear some out there shouting, ‘how many motorists do we even have?’ Yes, you’re right, but we must start somewhere. To paraphrase the often used quote, what you cannot do shouldn’t stop you from doing what you can do; so just do your part and leave the rest.

My proposed solutions to some of our societal issues are, I admit, embarrassingly simple but to be totally honest, I’m really not smart enough to conjure up grandiose ones. Quite frankly though, why do I need to, when simple ones might just do.

Oyibo, who we often hold as a standard to emulate, rightly or wrongly, has over the years mastered the art of masking cooperative selfishness as selflessness. My people, don’t be deceived; he doesn’t for a second take his eyes off his interest but he has quite cleverly come to realise that the best and surest way to secure his interest is to pursue the interest of all; the common good. Enlightened self interest. It’s looking like we may still be at the crude selfishness stage but please feel free to correct me if my deduction is wrong.