Update 1: Nigeria to harbour 25% of world’s extreme poor if it fails to reform, warns World Bank 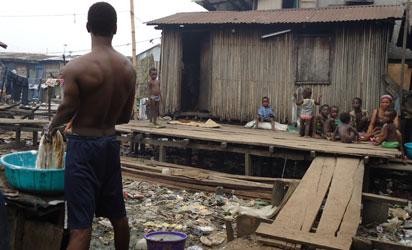 Nigerians living in extreme poverty could increase by more than 30 million by 2030, pushing the country to account for 25 percent of the world’s extremely poor population if the government does not quickly embark on needed reforms, the World Bank warned on Monday.

The World Bank gave the warning in its Nigeria Economic Update launched in Abuja.

Today an estimated 100 million Nigerians live on less than US$1.90 per day. Close to 80 percent of poor household are in northern Nigeria, while employment creation and income gains have been concentrated in central and southern Nigeria.

“Economic and demographic projections highlight the urgent need for reform,” the bank noted.

Nigeria’s population growth is estimated at 2.6 percent, outpacing economic growth in a context of weak job creation, while per capita incomes are falling.

“The “cost of inaction” is significant. Under a business-as-usual scenario, where Nigeria maintains the current pace of growth and employment levels, by 2030 the number of Nigerians living in extreme poverty could increase by more than 30 million, and Nigeria could account for 25 percent of world’s extremely poor population,” the Bank stated.